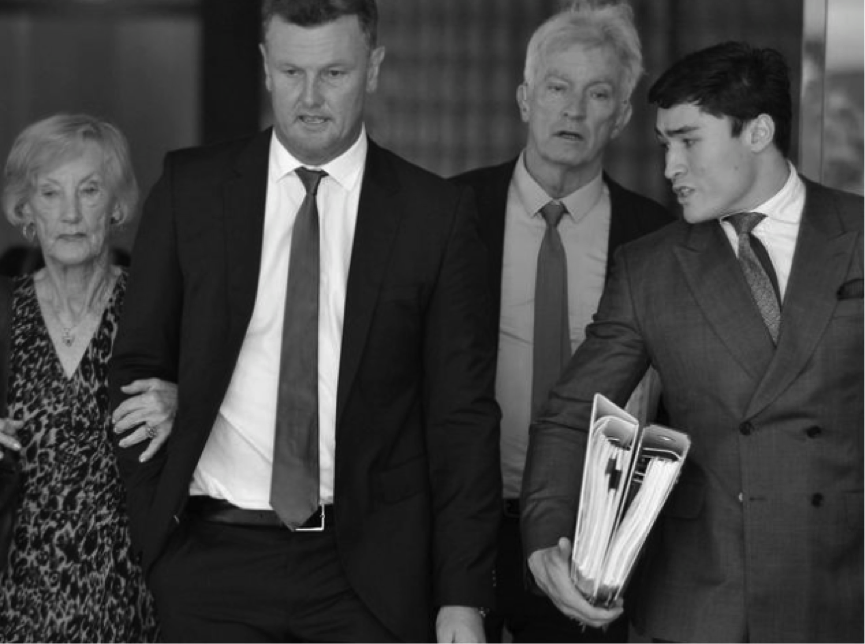 POLICE will drop the AVO against champion yachtie Anthony Bell when they see a “history of text messages” between him and estranged wife Kelly Landry, a Sydney court heard.

Lawyer Chris Murphy said the messages and witness statements would be handed to police who brought the AVO [apprehended violence order] against his client on behalf of Ms Landry.

Mr Bell — a high-profile yachtsman who won the Sydney to Hobart race and is also a celebrity accountant — has strongly denied any wrongdoing.

Mr Murphy told Magistrate Megan Greenwood at the Downing Centre Local Court on Friday if police had the texts and witness statements they would want to “reassess the situation”.

Police had failed to provide his legal team with evidence by the agreed date, giving them not enough time to respond.

That meant they hadn’t been able to reply with the details he claimed would “destroy” the prosecution case.

If police dropped the AVO it would avoid a potentially “hostile” showdown in a public hearing.

“Such a hearing would be very bad for the wife,” Mr Murphy said.

Despite the details not being served on police, Magistrate Greenwood decided the matter would go to a hearing in May. She asked both parties to ensure they had filed the necessary documents by the time the case was mentioned again in April.

Earlier on Friday, when the case was mentioned at Waverley Local Court, in Sydney’s east, Mr Murphy indicated he would apply for the case to be thrown out because of an abuse of process. He would also seek costs against the police.

“He has been put under a lot of stress by this. He’s here with his 85-year-old mother she’s very stressed by the proceedings.”

As he left court with his sister and elderly mother Mr Bell said: “I have complete faith in the legal system and I’m looking forward to the truth coming out in this matter”.

When the case was in court in January, Mr Murphy accused Ms Landry of suffering “celebrity deprivation”.

In stunning rebuke, Mr Murphy told the court his client only wanted to communicate with her “by text” and accused her of bringing the case to attract media attention.

Mr Murphy said Mr Bell believed the AVO “was a pack of lies” and considered it a family law situation.

He said the AVO was a “fallacious case brought by someone suffering some sort of celebrity deprivation”.

Mr Bell wanted contact with his children, but not “the mother”.

“He is happy to have with a nanny but not with the wife … we don’t want to see the wife,” Mr Murphy said.

Mr Murphy said Mr Bell only agreed to the order because he did not want Ms Landry to give evidence in open court — which was evidence their children could one day read.