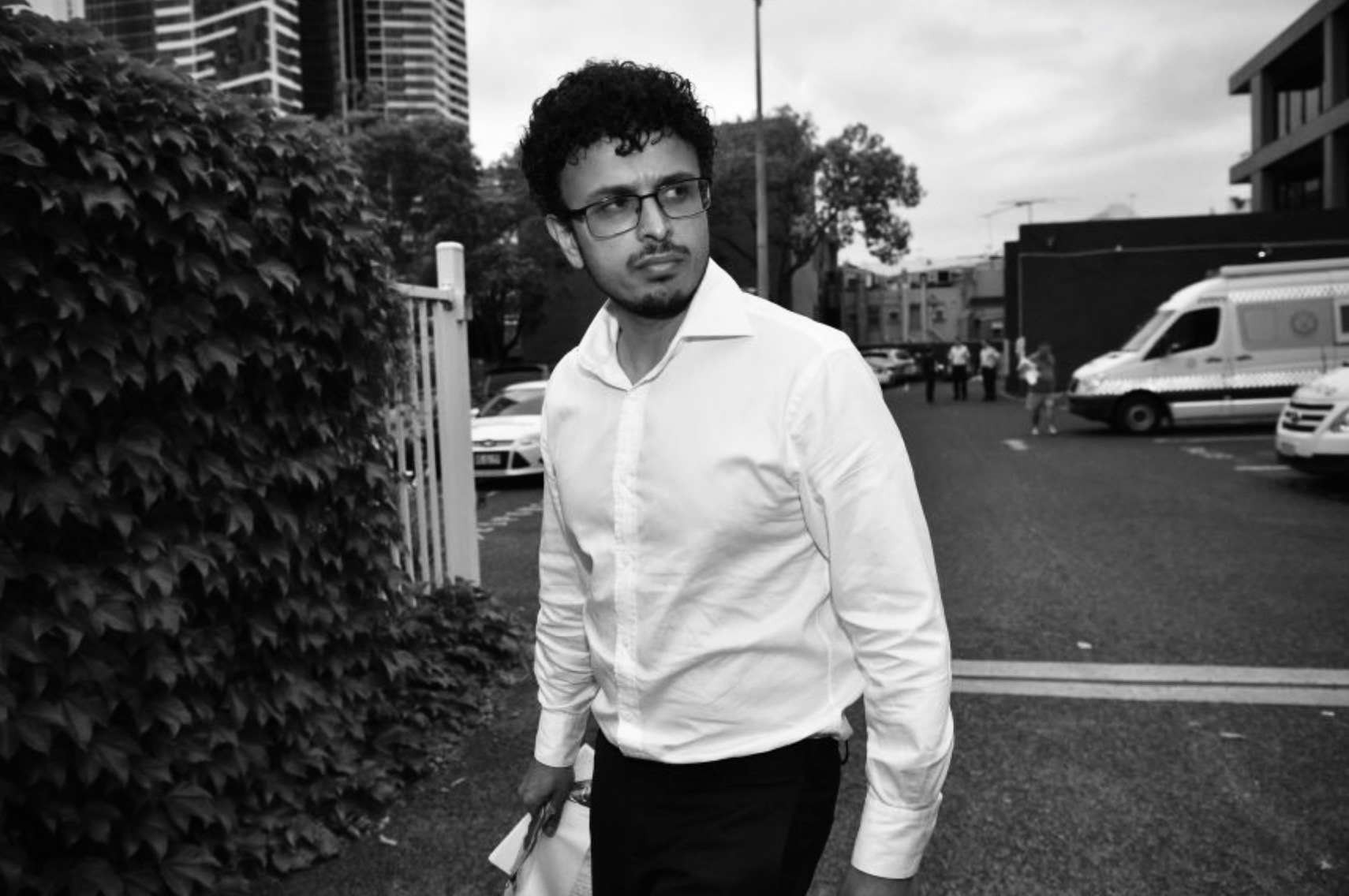 The brother of Australian cricketer Usman Khawaja has been sentenced to four-and-a-half years in prison for using a fake terror plot to frame a colleague.

Arsalan Tariq Khawaja was issued a non-parole period of two years and six months but could walk free from prison in June next year due to time served.

Khawaja, 40, was driven by jealousy over Mohamed Nizamdeen’s friendship with a woman at UNSW when he set him up in August 2018.

Khawaja scrawled blueprints about killing prominent politicians and attacking Sydney landmarks in a notepad he stole from the budding IT business analyst.

Mr Nizamdeen was charged with terror offences, grilled by detectives for hours without a lawyer, and spent four weeks in Goulburn Supermax before his charges were dropped.

Khawaja was arrested and charged in late 2018 after a handwriting expert couldn’t conclusively prove the plans had been written by Mr Nizamdeen.

He pleaded guilty last November to perverting the course of justice and dishonestly influencing a Commonwealth public official, and also admitted to forgery and inducing a witness to give false testimony.

The court has previously heard Khawaja had a “crippling fear of abandonment” stemming from the end of a previous relationship.

He quickly developed an “emotional connection” to the woman at UNSW and was “terrified” of losing her.

Khawaja apologised in court during a hearing in September, admitting he had been “a coward” for not coming forward earlier and sparing Mr Nizamdeen further suffering.

“The guy did nothing and I caused him a lot of pain,” he said, sobbing in the dock.

Mr Nizamdeen was not only wrongfully imprisoned, but incorrectly labelled as a terrorist on the front page of a newspaper before police failed to find any evidence against him.

Khawaja’s barrister, Philip Boulten SC, said his client had been diagnosed with borderline personality disorder and described the mental illness as “enduring, severe and debilitating”.

But the judge said there could be no suggestion Khawaja’s condition deprived him of the capacity to reason, citing a psychiatrist’s evidence.

Khawaja had previously attempted to frame another man with similar allegations of terrorism after his ex left him for that man.

Mr Nizamdeen, who returned to Sri Lanka after the ordeal, has spoken out about how his life was ruined and called for an independent inquiry.

His visa for the US was cancelled as a result of the incident and he is now unable to visit his fiancee, who resides there.