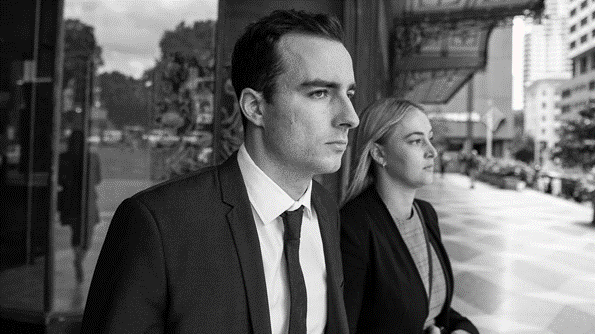 A Central Coast youth camp leader who initiated a long kiss with a vulnerable 10-year-old child has avoided jail.

Blake Sparshott, 28, pleaded guilty to intentionally sexually touching a child at a Sutherland home after a court heard the Narara man had kissed the child on the lips in August 2021 after they connected at a youth camp for vulnerable and disadvantaged children.

Magistrate Sharon Freund said the facts disclosed Sparshott had attended the Sutherland home with cupcakes and sporting equipment on the day of the offending.

“You took the child to the local park to play with the equipment, and you initiated a conversation about private parts with the child,” Ms Freund said.

“You went up to (the bedroom) together, and thereafter you asked the complainant if you could ‘do a long kiss’ and they reluctantly agreed.”

Agreed facts tendered to the court indicate Sparshott also rubbed the child’s stomach under their shirt before the offence occurred.

Ms Freund said Sparshott had formed a bond with the child and their family after the child attended the youth camp where Sparshott was a volunteer leader.

The camp connects leaders with children on a one-to-one ratio and Sparshott had indicated to the child’s carer he wished to continue a “big brother” relationship after the 2021 camp had concluded.

“You were in a position of trust, the relationship continued after your role in the camp had ended,” Ms Freund said.

“But for that position of trust, it is unlikely you would have been allowed into the room alone with the child.”

The magistrate then indicated concern about Sparshott’s ongoing “lack of insight” into his offending and an element of “minimising the sexual aspects” of the offence.

His solicitor Mr McMahon had submitted a psychologist found Sparshott was “not motivated, per se, by any sexual interest” in the child.

“There’s no doubt that the connection that she refers to between (Sparshott and the child) was completely inappropriate,” Mr McMahon said.

“It’s an act that is objectively sexual but Your Honour would not be satisfied beyond reasonable doubt it was motivated for sexual reasons … the report writer wrote it seems to be a result of essential maladaptive coping mechanisms in relation to stress.”

A prosecutor for the Crown said Sparshott’s explanation was that he was trying to show affection and foster a father-child relationship.

“That’s not the affection a father shows his son, to ask for a long kiss on the lips,” the prosecutor said.

Sparshott had initially intended to defend three intentional sexual touching charges in reference to the incident then pleaded guilty to one count pertaining to the kiss on the day of a hearing.

The other charges were withdrawn.

Ms Freund convicted Sparshott and sentenced him to an 18-month community correction order with supervision by Gosford Community Corrections, 250 hours of community service and an order to engage with a psychologist.

“I need to ensure the community understands that this behaviour will not be tolerated,” Ms Freund said to Sparshott.

An apprehended violence order prohibits Sparshott from stalking, harassing or intimidating the child or from contacting the child in any way except through a lawyer for seven years.

The former IT professional – who was recently made redundant from his job – retains the support of his wife and family.