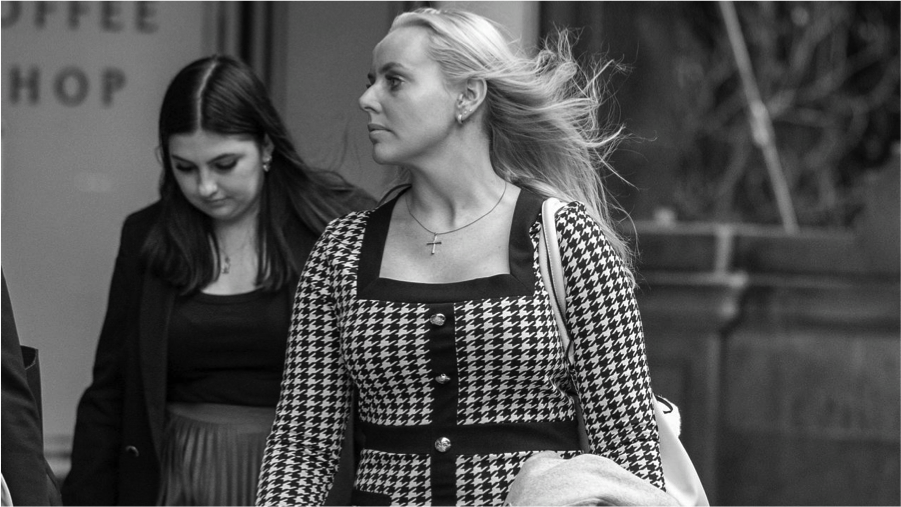 A married woman who helped her controlling husband package and cut cocaine as part of an illegal enterprise operating out of an eastern suburbs garage has avoided a stint in prison.

Brianna Reading, 28, appeared in Sydney’s Downing Centre District Court on Friday where she was sentenced to an intensive correction order for two years for her role in a drug supply operation in 2020.

All players have pleaded guilty to their involvement with Kane Reading and Blakeney due to be sentenced next week.

The agreed facts state a residential garage in Meek St, Kingsford was used as a base to store, process and package the cocaine with one of the men attending every couple of days to take small amounts of cocaine from a bigger block, weigh it then repackage the drugs into freezer bags.

Investigators installed a surveillance device on May 29 allowing them to watch the group’s activities.

In a two-month period, Brianna Reading was captured on CCTV inside the garage on four occasions, where she helped her husband.

On June 10 2020, Brianna mixed cocaine with a cutting agent as her husband mixed, measured and packaged the cocaine.

Reading admitted she was possession of between 650g and no more than one kilogram of cocaine for the intention of supply.

Police arrested the couple on July 29 where 529g of cocaine was found in Kane Reading’s car, along with his wife’s keys and $19,850 cash in a ziplock bag. Another $32,505 cash was found in their home.

The court heard Brianna Reading ran when police arrived, before ultimately being arrested.

She was also charged with dealing in the proceeds of crime, namely $52,750 and resisting arrest.

Judge Dina Yehia noted Brianna did not make any decisions on how the money would be spent nor did she live a lavish lifestyle from the proceeds of the drug supply or personally receive a financial reward or profit.

“There is no evidence she was the architect of the enterprise, or had autonomy or decision making,” she said.

“None of the acts performed by her demonstrated any degree of skill or specialisation.”

The court heard her participation was the result of a manipulative, abusive and controlling relationship with her husband. Brianna had been diagnosed post traumatic stress disorder and having suffered childhood trauma.

The court heard the Readings had been together since Brianna was 15, however the relationship was marred by intimate partner violence.

Since Brianna’s release on bail, she had been seeing a psychiatrist and psychologist, had gained employment and been abstinent from drugs. She was hopeful of continuing her relationship with her husband, if he learnt to manage his anger the court heard.

Judge Yehia was confident Brianna Reading was “genuinely remorseful” for her actions and imposed a sentence of an intensive correction order, or jail sentence served in the community, of two years, two months and 16 days.