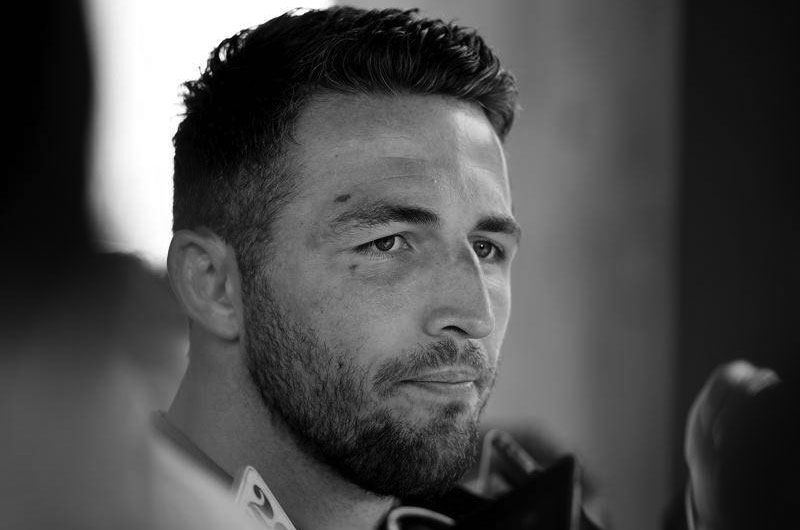 Former South Sydney captain Sam Burgess has pleaded not guilty to intimidating his father-in-law at the latter’s Southern Highlands property earlier this year.

The retired NRL player was not present at Moss Vale Local Court, where his solicitor Bryan Wrench entered the plea on his behalf on Wednesday.

Mitch Hooke, Phoebe Burgess’ father, is the ex-CEO of the Minerals Council of Australia who famously spearheaded the industry’s campaign to derail former prime minister Kevin Rudd’s mining tax in 2010. In 2016 Mr Hooke received Australia Day honours for his services to mining.

Mr Wrench told the court his client “wishes to fight this matter.” Magistrate Ian Cheetham set down a hearing for June 26 over the one charge of intimidation against Mr Burgess.

The recently retired Rabbitohs 2014 premiership winner celebrated his 31st birthday in the company of his two children amid a high-profile separation from his estranged wife Phoebe, whose father Mr Burgess is alleged to have menaced during a confrontation at Mr Hooke’s Glenquarry home on October 19.