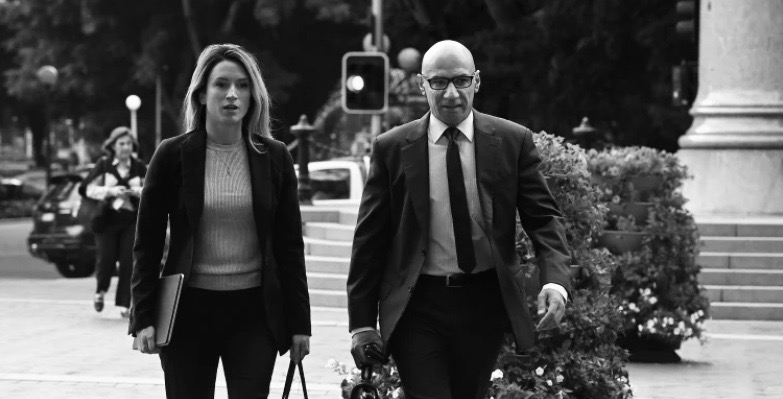 The Crown’s case against former state ministers Ian Macdonald and Eddie Obeid, along with Obeid’s middle son Moses, was doomed to fail and an affront to justice, the NSW Supreme Court has heard.

In his closing submissions, Maurice Neil, QC, representing Moses Obeid, told Justice Elizabeth Fullerton that “this prosecution is one in which there is no basis in law and … has no basis in fact. It is an affront to justice.”

Mr Neil said that Monday marked the 75th day of the trial, with another 30 days in pre-trial arguments. He said there were 6000 pages of exhibits, 38 witnesses and yet still the case is “doomed to fail.”

“Millions of dollars of taxpayers’ money, public funds, have been wasted on this ICAC-induced, oppressive and pointless pursuit of three citizens of NSW, including Mr Moses Obeid, who is innocent,” Mr Neil said.

The barrister was referring to a high-profile public inquiry conducted by the Independent Commission Against Corruption in 2012 and 2013, which resulted in corruption findings against the three men and the cancellation of the coal exploration licence at the centre of the inquiry.

Mr Macdonald, 71, Obeid snr, 77, and Moses Obeid, 51, have pleaded not guilty to charges of conspiring to commit misconduct in public office over the allegedly rigged government tender process in 2008 and 2009 that resulted in the award of a coal exploration licence at Mount Penny in the Bylong Valley where the Obeids have a rural property.

Equipped with inside information alleged to have been provided to them by Macdonald, the Obeids negotiated a $30 million payout from the winning bidder with the promise of a further $30 million, the court has heard.

The court has also heard that the Obeid family moved swiftly to have friends buy the neighbouring properties before the tender for the coal exploration licence became public knowledge. They later used this “land alliance” to negotiate a sale of their properties for quadruple their value once the mine was approved.

However, Mr Neil argued that Crown’s conspiracy to cause misconduct in public office is not an offence known in law and even if it was, the Crown cannot prove it beyond reasonable doubt.

In slamming the “ridiculous” Crown case, Mr Neil submitted that “the prosecution cannot get off the ground, cannot get to first base, cannot get out of the gate: it’s hopeless.”

“Moses Obeid is not guilty and should be found not guilty,” Mr Neil submitted.

The Crown has previously submitted that there was an “overwhelming circumstantial case” against the three men. The Crown’s case is that as part of the conspiracy in July 2008, Macdonald leaked to Moses Obeid the list of companies that would be invited to tender for the coal licence.