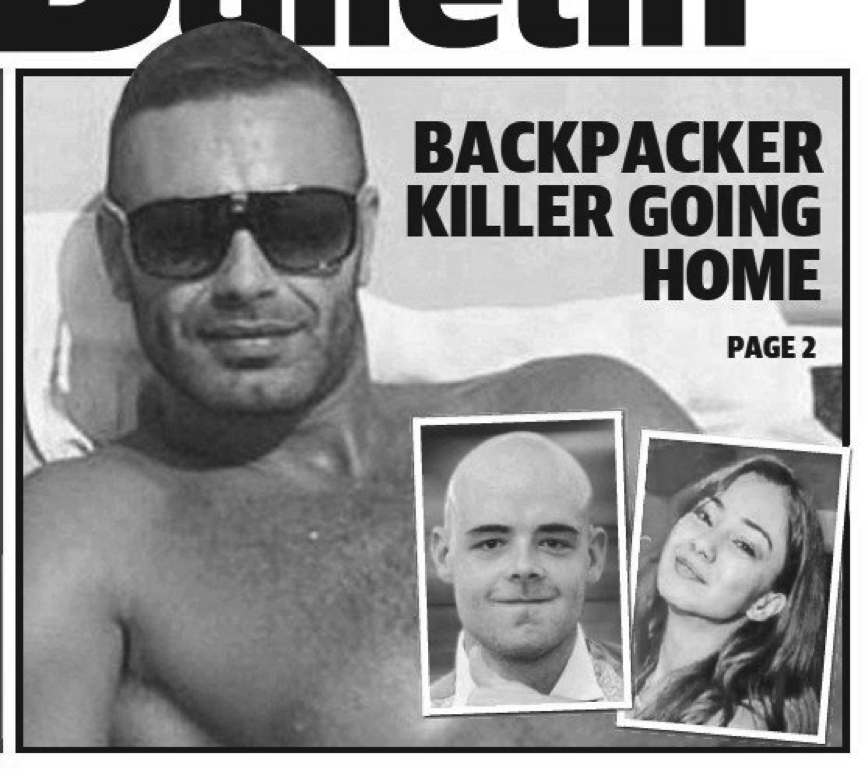 A French backpacker locked in a psychiatric prison ward after killing two British travellers in a frenzied attack at a north Queensland hostel in 2016 will be sent back to Europe.

All criminal charges against Smail Ayad, 30, were dropped in 2018 after the Mental Health Court found he was of unsound mind when he killed British backpackers Mia Ayliffe-Chung and Tom Jackson at Home Hill Backpackers on August 23, 2016.

Ayad claimed to have no or limited memory of dragging 21-year-old Ms Ayliffe-Chung from her hostel bed, about 100 kilometres south of Townsville, before killing her and fatally stabbing Mr Jackson, 30, as he tried to save her life.

He also stabbed hostel manager Grant Scholz in the leg as he tried to protect her.

In her findings released on Wednesday, Queensland Coroner Nerida Wilson said Ayad remained admitted at treatment facility in Queensland and was “responding to the treatment he receives”.

“It is proposed that Ayad will be repatriated to France. I am informed the final decision with respect to repatriation rests with the Australian Border Force.

“Ayad will continue to receive treatment in a French medical facility upon repatriation.”

Ms Ayliffe-Chung, who had been in Townsville for less than two weeks, was pulled from her bed just after 11pm and dragged onto a balcony with a knife to her throat.

Fellow British backpacker Daniel Richards spotted the pair and pleaded with Ayad to put the knife down.

“Ayad brought his right arm away from Mia’s neck region, he then brought the knife he was holding back up towards the left side of Mia’s head and made a swift cutting motion,” Ms Wilson wrote.

“Mia then fell to the ground following which Ayad then launched into a frenzied attack using the knife against Mia’s upper body as she tried to protect herself on the ground.”

The hostel manager, Mr Scholz, attempted to get in close to protect Mia, which was when he was stabbed in the leg.

“At this moment in time Mia was able to stand up and run away. She had by this time sustained a number of significant knife wounds that would ultimately prove fatal.”

She staggered down the hallway, holding onto her wounds, and locked herself in a toilet cubicle while Ayad “launched himself from the balcony, head first, with his arms extended as if he was attempting to fly”.

“The scene at the hostel was one of chaos, confusion and fear,” Ms Wilson wrote.

Mr Richards then went into the bathroom area and looked over the cubicle wall
where he found Ms Ayliffe-Chung laying on the floor, he ran outside and yelled, “She’s been stabbed, she’s in the toilet”.

That was when Tom Jackson, who did not know Ms Ayliffe-Chung, rushed into the bathroom to help.

Mr Richards kept pressure on her wounds and tried to comfort her as she bled to death, while Mr Jackson went to see if paramedics had arrived.

Ayad was close by and chased Mr Jackson back into the bathroom and attacked him with a knife.

Mr Jackson was labelled a hero for his bravery and clung to life for six days before dying in hospital.

The parents of Mr Jackson and Ms Ayliffe-Chung raised concerns with the coroner about Queensland’s hostel industry, which were outlined in the non-inquest findings.

Their worries included people travelling on working visas being especially vulnerable to financial exploitation, which may prevent them from being able to move on from a place if they no longer felt safe and the safety needs of hostel occupants being overridden by commercial interests.

Ms Ayliffe-Chung’s mother, Rosie Ayliffe, was specifically concerned about reports her daughter had apparently asked to move rooms because she was “frightened” by Ayad’s behaviour prior to her death.

A witness, whose name has been redacted in the findings, gave evidence of a conversation she had with Ms Ayliffe-Chung on the day before her killing.

“I remember that Mia told me there was a guy in her room that was getting too close to her, physically, by touching her and was verbally harassing her.

Ms Wilson was “unable to conclude” whether Ms Ayliffe-Chung had asked to be moved out of Ayad’s room or whether she had disclosed any sexual harassment by him.

She found Mr Jackson died of a stab wound to the brain and Ms Ayliffe-Chung of stab wounds to the chest.

“I express my sincerest condolences to both Mia and Thomas’ parents, family, and friends for their tragic loss,” Ms Wilson wrote.

“Both Ms Ayliffe [Mia’s mother] and Mr Jackson [Thomas’s father] continue to reside in the United Kingdom, they have responded to each and every inquiry made by our office with dignity and decency.

“Mia and Thomas were in the prime of their life and enjoying a carefree experience of a lifetime in a country that is by all standards otherwise considered safe.

“Their life, and their death, touched many.”