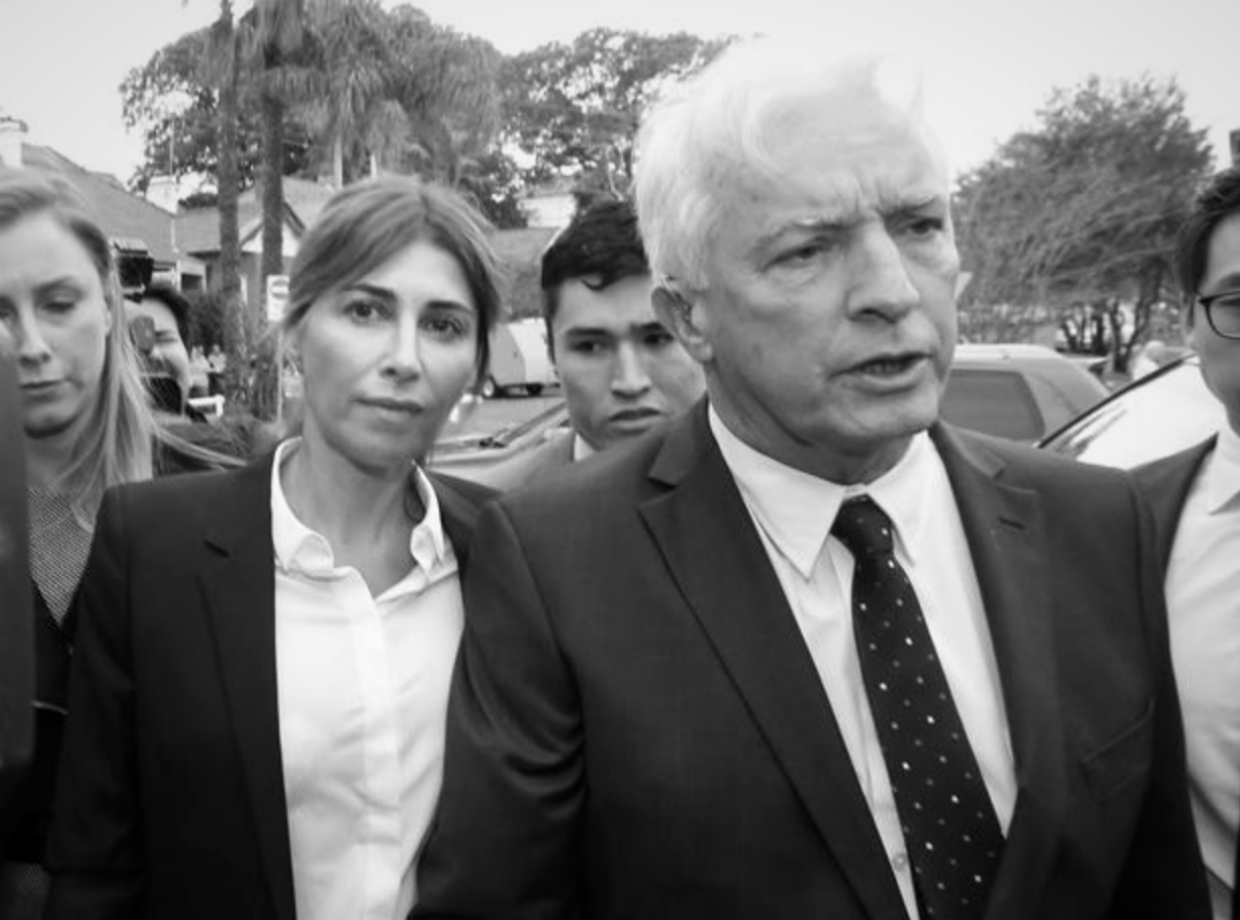 Fashion designer Johdi Meares has had her licence suspended for 12 months and fined $1,100 for a high-range drink driving incident in which she hit three parked cars in Sydney’s eastern suburbs.

Meares admitted that she was drunk when she ploughed into three parked cars in Sydney’s eastern suburbs this year.

Fronting Waverley Local Court, the 43-year-old former model appeared composed as she pleaded guilty and was then sentenced over the June accident, in which she rolled her luxury four-wheel drive and then blew a blood alcohol count of 0.181 – almost four times the legal limit.

Two charges of driving while suspended were withdrawn.

There was no indication of the “severe anxiety”, “distress” and “social isolation” Ms Meares’ solicitor said she had suffered as a result of “media harassment” following the incident.

The solicitor, Chris Murphy, said his client had left her house “just once” between the incident on June 2 and July 7.

“Ms Meares wouldn’t leave the house this morning when I went to her house to collect her,” Murphy said.

“We were followed from the house … whoever it was drove through a red light to follow us.”

Mr Murphy said that his client had become “socially isolated” in her $1 million dollar eastern suburbs apartment, and had been injected with a sedative and prescribed beta blockers to help with her anxiety.

He said that Meares had only consumed four-and-a half drinks prior to the crash and they there was a “serious oddity” in the high level reading taken by the police.

He also said she was a “self-made” woman who had been married to “a man named James Packer”.

“She was married to this man for just over two years and [it] has haunted everything ever said about her.”

Magistrate Huber acknowledged that Ms Meares had experienced “significant media attention” as a result of who she was, but accepted the prosecution argument that the incident itself was a “garden variety high range PCA”.

“I note that you were surprised as to the reading you have, but it would have been somewhat unusual for you not to have been feeling the effects of being intoxicated.”

The accident occurred in late June as Meares drove through O’Sullivan Road, Bellevue Hill, one of Sydney’s most exclusive streets.

In the course of the accident, the designer rolled her black Range Rover on to its side and was forced to climb out of the passenger window.

Several witnesses said she wandered around O’Sullivan Road dazed and confused after the accident.

It is understood Meares had drunk several glasses of wine at hip North Bondi eatery The Hill in the hours before the accident.