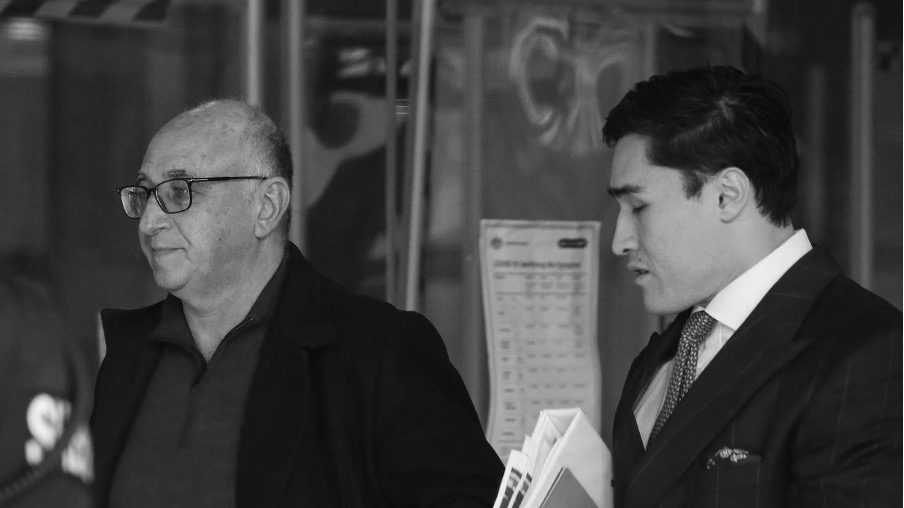 A high-profile Sydney property developer has been a spared a conviction after he confessed to assaulting a prominent eastern suburbs lawyer.

Millionaire Michael Teplitsky originally claimed he was not guilty of assaulting Darian Iacono, the owner of Double Bay law firm known as And Legal.

On Tuesday, the day a hearing into the alleged assault was due to take place, the 53-year-old Rommark founder changed his plea to guilty.

According to a statement of agreed facts tendered in Sydney’s Downing Centre Local Court, the assault took place after Mr Teplitsky walked into Mr Iacono’s office asking to see him and fellow lawyer John Denes on October 30 last year.

Mr Iacono came out of a meeting and started to walk to his office with Mr Teplitsky when things turned sour.

“As the accused was walking next to the victim, the accused raised his left hand with an open palm behind the back of the victim’s head and clipped the victim with the open palm in an upwards motion,” court documents state.

After the slap, a stunned Mr Iacono said “did you just hit me?” To which Mr Teplitsky replied “yes, I did”.

When Mr Iacono said he would contact police to report the assault, Mr Teplitsky said “call the police and I’ll wait”.

He eventually left the building and Mr Iacono turned up at Bondi Police Station the next day with a statement typed out about what happened.

The slap was caught on CCTV, court documents state.

In court, Mr Teplitsky was represented by top celebrity lawyer Bryan Wrench, who told the court his client was “very apologetic” about the assault.

Mr Wrench said Mr Teplitsky’s behaviour was a sign of “frustration”, but the motive behind the assault was not disclosed.

Noting Mr Teplitsky had no prior criminal record, Magistrate Michael Barko ordered he comply with a 12-month conditional release order which requires him to be of good behaviour.

No conviction was recorded.