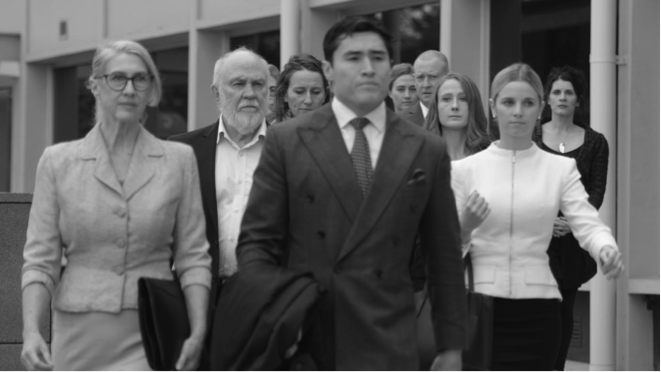 Sordid claims a child-sex ring linked to a Blue Mountains circus school was molesting boys were aired in court for years despite one accuser admitting he lied about the abuse, a lawyer says.

It was suggested the group had abused three boys – all aged under eight – in a series of sadistic sex acts and blood rituals between 2014 and 2016.

But defence lawyer Bryan Wrench said the allegations were false and the case should have been dropped long ago.

“It was a total concoction,” Mr Wrench told AAP on Friday.

“Even one of the alleged victims told his mother that he made it all up, but that note appeared to be buried in the file.”

However, NSW Police are standing by the case and want the decision to drop the charges reviewed.

“It remains the strong recommendation of the child abuse and sex crimes squad that the matters proceed before the court and a review has been requested,” a spokeswoman said in a statement.

Therese Ann Cook, 60, her brother Paul Christopher Cook, 54, daughter Yyani Cook-Williams, 31, and 25-year-old Clarissa Meredith were charged alongside three others who couldn’t be named because they were underage at the time of the alleged offending.

“Not just the vindication of having the charges dropped, but now they can have contact with each other.”

The NSW Director of Public Prosecutions says 126 charges have been withdrawn.

Police had alleged Therese Ann Cook first abused two of the boys, then aged three and seven, before her co-accused later became involved.

She was accused of having intercourse with a seven-year-old and choking him with the intent of sexually assaulting him.

Ms Cook said she “did not know what she was accused of” when detectives first arrested her.

She owned the Arcade Circus, which catered to children with and without disabilities. The alleged victims were not students at the school.

Yyani Cook-Williams was accused of inciting two of the boys to have sex with each other.

“The whole thing has been heartbreaking and we are considering further applications,” he said

His clients weren’t worried about any review of the case, he said.

“There is absolutely no leg to stand on. We welcome any review because it will come to the same conclusion.”