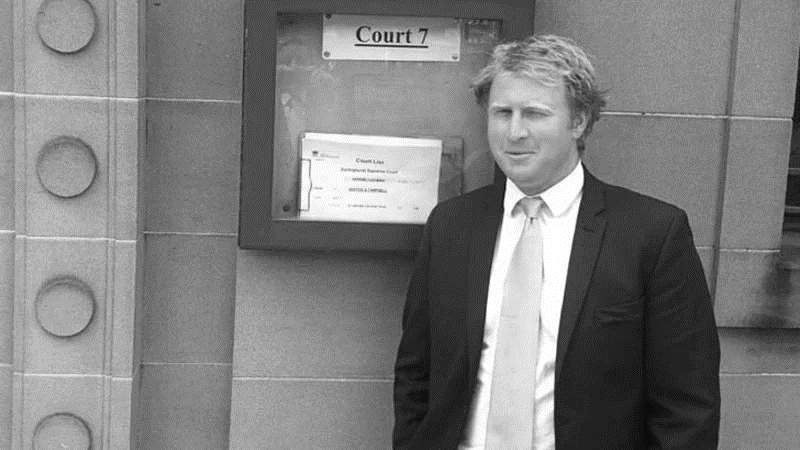 TWO families’ lives have been torn apart by one stupid, drunken punch.

On Tuesday a jury in the NSW Supreme Court found Michael Ryan, 26, not guilty of manslaughter when he punched and killed St Marys man Connan McLeod in May last year. The case echoes the single-punch killing of 18-year-old Thomas Kelly who died in July when out in Kings Cross.

The violent incident highlights once again a stubborn culture of booze and male aggression that proliferates despite a high-profile community campaign spearheaded by the Police Commissioner, Andrew Scipione.

Mr McLeod was a 30-year-old father of two who had his life support turned off on May 4 last year after being punched by Mr Ryan in the car park of the Windsor KFC three days earlier. Mr Ryan, a plumber from Pitt Town, said he had never been in a fight before.

That drunken night will linger forever for all those involved.

The jury deemed the punch self-defence. But for Mr Ryan and his family and the McLeod family and his fiancee, Jessica Bouwmeester, their lives have been shattered.

”It’s one sentence and it’s me who’s sentenced to life and I have to do this on my own. I have to answer questions I can’t answer, I have to explain to my kids why they don’t have a father,” Ms Bouwmeester said.

”We were pregnant in three months and we knew we were going to spend the rest of our lives together, now, unfortunately I don’t have my friend any more,” she said.

The McLeods have lost a son, brother and uncle. Ms Bouwmeester would have married her love this month. Their girls Mia, 3, and Elleke, 16 months, now have no father.

”I tell the girls their father lives on the moon since he passed away,” she said. ”Every night they say goodnight to the moon and on birthdays and Christmas they wish to go to the moon or that he could come back.

”The little one is still too young to understand but she looks at the moon and looks at photos of her dad and knows it’s him.” Mr Ryan, represented by barrister Charles Waterstreet, declined to comment.

Mr Ryan’s remorse was laid bare when he told the court: ”I am deeply sorry, truly sorry for what has happened. I don’t think I am guilty for this. I am not guilty for this. I am sorry.” On the night both Mr Ryan and Mr McLeod were heavily intoxicated. Mr Ryan admitted being in a several hotels during and after a day at the races for more than seven hours.

Mr Waterstreet blamed much of the night’s tragic events on Mr McLeod’s brother-in-law Mitchell Poile, who, he told the court, has a long history of violence, especially when intoxicated.

In his closing remarks Mr Waterstreet said Mr Poile was ”full of fury and fire” and the type ”to get even at all costs” and even encouraged Mr McLeod. It was during this time, Mr Poile and Mr McLeod clashed with Mr Ryan. In the melee, Mr Ryan jabbed Mr Poile, resulting in a bloody nose. Security then intervened.

This blow was the catalyst for Mr Poile and Mr McLeod to plot a revenge attack. Less than 10 minutes later Mr McLeod ran through a nearby mall shouting at Mr Ryan: ”I am going to kill you.” Mr Ryan punched him once in the head then pushed him away and Mr McLeod lost his balance, fell and hit the pavement. Several days later Mr McLeod was dead.

Ms Bouwmeester urged men to think before they drink.

”Nothing is worth not spending your life with your kids,” she said.

”Before you hit somebody take a step back and think.”