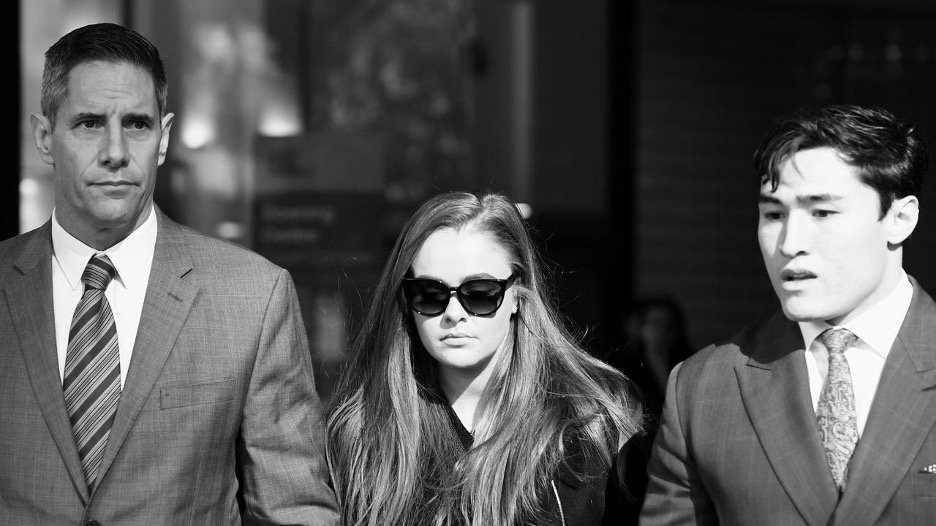 The partner of ex-Australian Border Force head Roman Quaedvlieg has avoided jail time despite her “blatant and sustained” deception during a 2017 corruption investigation into her landing an ABF job at Sydney Airport.

Sarah Jane Chisholm Rogers, 24, in February pleaded guilty to disclosing to Mr Quaedvlieg the existence of her summons to a secret federal integrity inquiry centred on claims he’d abused his power as ABF boss to help her acquire the job.

She also pleaded guilty to giving false evidence to the inquiry by claiming Mr Quaedvlieg had not advised her on how best to secure employment with the agency. The scandal cost Mr Quaedvlieg his job in March 2018.

Magistrate Jennifer Atkinson on Monday convicted Rogers at Downing Centre Local Court and sentenced her to seven months of imprisonment for each offence, to be served concurrently via an intensive corrections order including 100 hours of community service.

She won’t serve any time in prison.

“She was told orally and in writing not to discuss (the inquiry),” Ms Atkinson said.

“The fact there was a relationship where partners disclose things doesn’t provide an excuse … it affects the way in which they may prepare for the (inquiry) matters.”

Despite Rogers’ youth and lack of previous convictions, the magistrate said a deterrent was required because she “deliberately obstructed” investigations. Medical reports confirmed Rogers was not suffering from an adjustment disorder or anxiety at the time of offending. She was subsequently diagnosed with the conditions.

Outside court on Monday, Rogers’ lawyer, Bryan Wrench, said the sentence would be appealed but declined to elaborate.