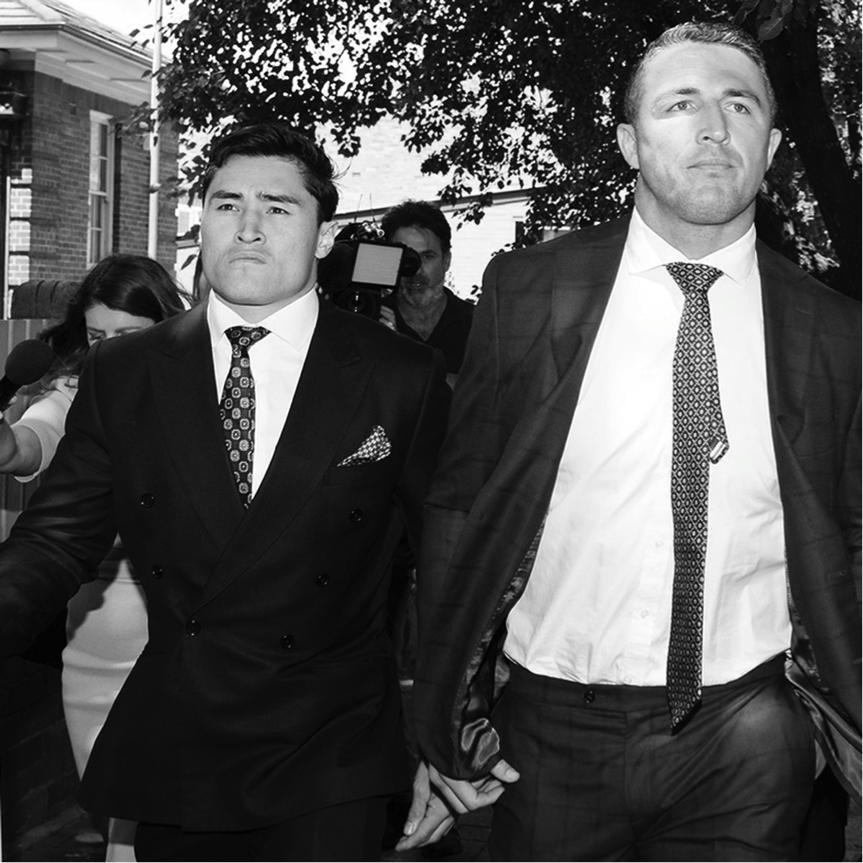 Former NRL player Sam Burgess has escaped a conviction for driving with an illicit drug in his blood after being pulled over on the Hume Highway in February.

The 32-year-old former South Sydney captain appeared before Moss Vale Local Court on Tuesday and entered pleas of guilty to the charge and two other traffic offences.

He was driving a BMW X5 when he was pulled over at Braemar in the NSW Southern Highlands on February 22 and subjected to a random roadside drug test.

His lawyer Bryan Wrench told Magistrate Mark Douglass only a “trace amount” had been found and lashed “misreporting” that Mr Burgess had been caught “driving under the influence”.

There was no sign of intoxication whatsoever, he said.

Mr Wrench also argued Mr Burgess had been under “extreme pressure” at the time after he was arrested due to his high-profile separation from his wife and his “wrongful conviction” for intimidating his former father-in-law, of which he was cleared on appeal in March.

He asked Magistrate Douglass not to record a conviction against Mr Burgess due to “the punishment he’s already suffered”.

Magistrate Douglass said Mr Burgess had embarked on a “very arduous and rigorous” rehabilitation program in the wake of his arrest.

“There’s a Sam Burgess before February 22, setting a bad example in the community for those who look up to him.

“The Sam Burgess after that date has been to rehabilitation, four weeks, a quasi-custodial environment. (He has) been to counsellors and undergoing a very strict regime in relation to non-use of drugs.”

The magistrate elected not to record a conviction and sentenced Mr Burgess to a nine month conditional release order.

He also pleaded guilty to charges of driving an unregistered vehicle, and driving without a NSW licence and was fined $581 for each.

Magistrate Douglass noted the vehicle was unregistered due to unpaid fines, not because it was unsafe.

“I accept that he immediately used his mobile phone, paid outstanding fines and the vehicle’s registration was reinstated,” he said.