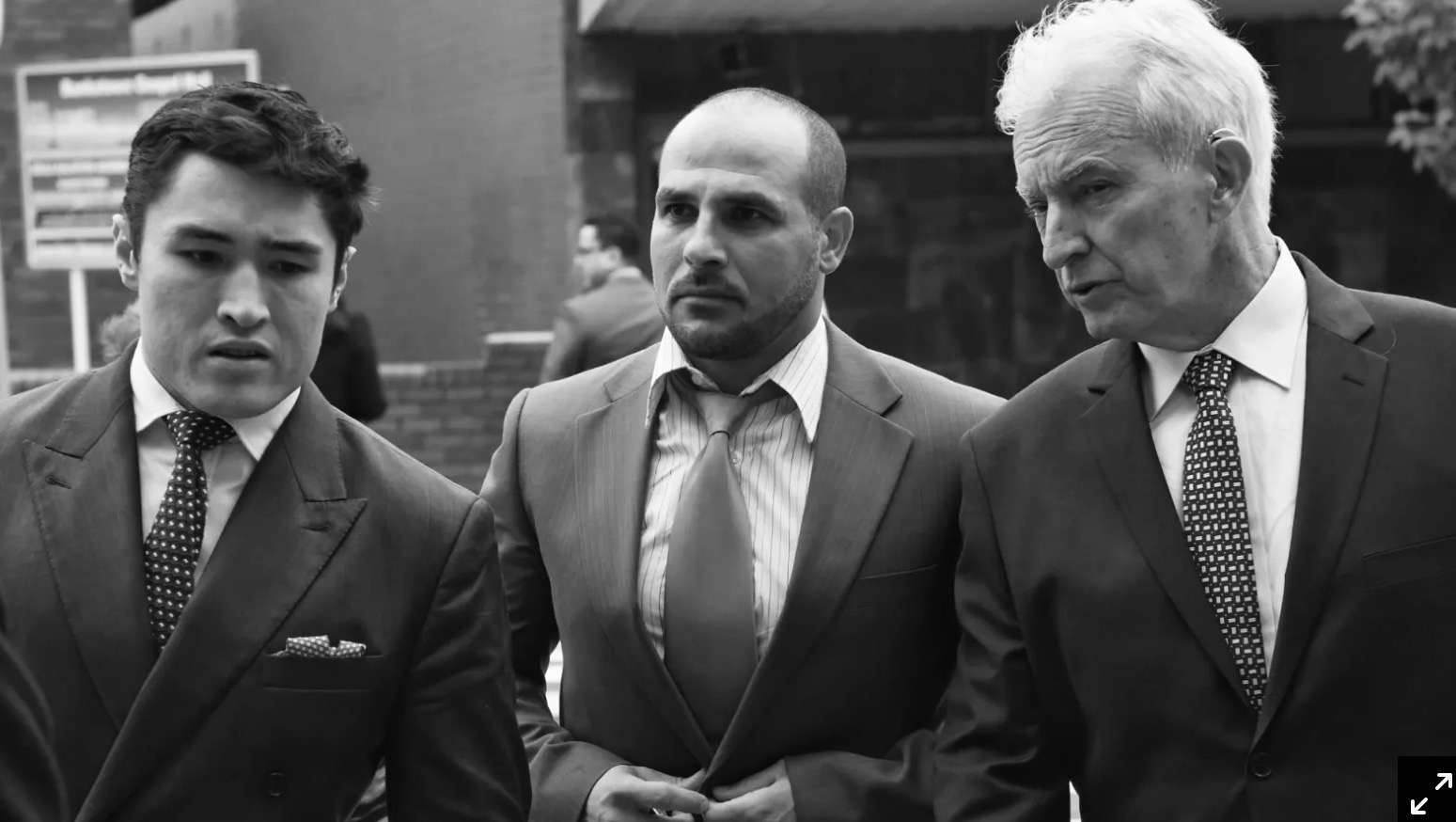 Former NRL star Hazem El Masri made a secret recording of the argument between him and his ex-wife that she alleged had turned violent, resulting in charges against him being laid.

However, the recording refuted Douah El-Cherif’s version of events and the domestic violence charges against El Masri were formally withdrawn in Bankstown Local Court on Monday.

The former Bulldogs player was charged in October with assaulting his former wife of less than a year during an argument over property and living arrangements following their split. He pleaded not guilty to the charges.

It is understood that more than a dozen police working on the case have not been able to substantiate the allegations, even though Ms El-Cherif, 25, wanted to continue to pursue the matter.

Police said last week that the charges would be dropped on Monday.

“Mr El Masri has been totally exonerated. And he hasn’t been exonerated because somebody dropped off or something happened. The police have examined the evidence. There is overwhelming forensic evidence that shows his innocence.

“There is a recording that he made of the event in which he allegedly misbehaved. It didn’t happen.”

The pair argued on October 19, three months after they broke up, because El Masri had asked Ms El-Cherif to leave one of his properties in which she had been temporarily staying during the separation.

Fairfax Media understands he pulled out his phone and recorded the incident, prompting Ms El-Cherif to pull out her phone and call police then hang up.

Later that night, she went to Bankstown police station and alleged that her former partner had pushed her while trying to get his keys back, causing her to hit her head on the bed and sustain a scratch.

Mr Murphy said that, as well as the recording on El Masri’s phone, medical evidence of Ms El-Cherif’s injuries did not support her assault allegations.

“He is a crusader against domestic violence,” he said outside court. “And he finds himself in a situation … [in] which a preposterous allegation, which has been totally discredited by forensic evidence, has been out there in the public.”

El Masri said he didn’t want any victim of domestic violence to be discouraged from reporting.

“I’ve always been confident with the legal system and the truth just prevailed and I want to urge every lady and man, child, any person out there that is subjected to any domestic violence to make sure they report it.”

On Monday, Mr Murphy said one of the most devastating parts of the experience for El-Masri was seeing his children disappointed that he could not come to speak at their school.

El Masri, 39, travels to schools as an NRL ambassador to give talks on multiculturalism, bullying and respect.

He was suspended from some ambassador roles following the allegations.

However, the Bulldogs reinstated El Masri as a club ambassador after the charges were dropped on Monday.

A spokesman said the club had used “learnings gained from its White Ribbon Workplace Accreditation Program” to understand how to deal with the complex situation.

The NRL, who employed El Masri as a casual ambassador, said they were “happy to talk with Hazem on how we can work together going forward”.