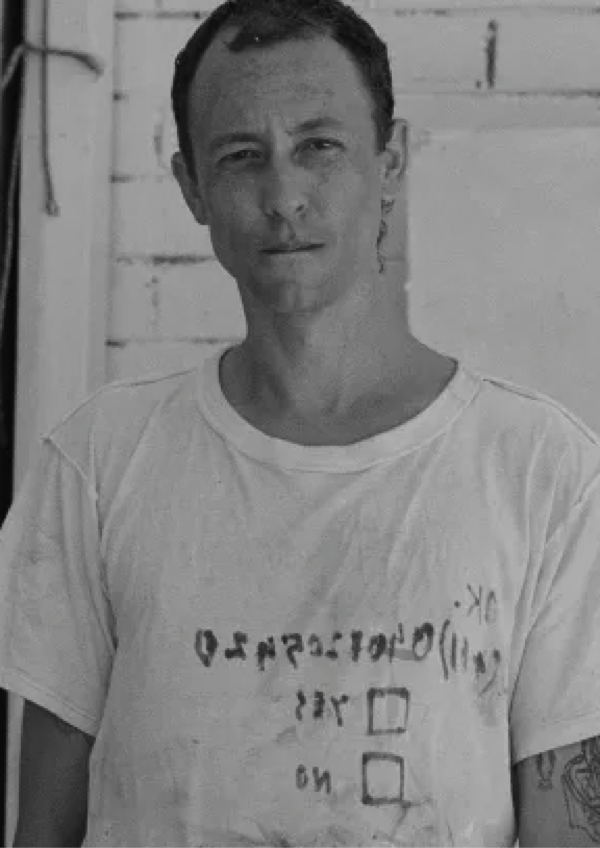 Two years after Roxy Jacenko’s name was plastered across the eastern suburbs in profanity-ridden graffiti, charges have been laid against controversial street artist Anthony Lister and bitcoin trader Anthony Hess.

On Thursday both men were charged with two counts of “aggravated intentionally marking premises etc without consent”, in relation to the graffiti that occurred on the April 24, 2019 at Jacenko’s Paddington offices, and serval other locations throughout Woollahra, Paddington and Bondi Junction.

The graffiti attack was caught on CCTV but neither of the figures could be positively identified despite a social media call-out by Ms Jacenko.

A police facts sheet alleges Mr Hess and Mr Lister sprayed the graffiti between 1.38am and 1.40am, and then on a nearby skip bin on the night of the vandalism.

Mr Lister, 41, who Ms Jacenko has never met, has been likened to British artist Banksy. He is awaiting trial accused of drugging and sexually assaulting five young women he met through the art scene between 2015 and 2018. He has also been charged with drug offences.

The police investigation into Mr Lister’s alleged sex offences was the pair’s ultimate undoing, with footage linking him and Mr Hess to the graffiti allegedly recorded on Mr Lister’s GoPro.

Detectives raided the artist’s Darlinghurst home on March 10, 2020 last year for “an unrelated matter” and found a GoPro SD card. “Upon review of the SD card, police observed three videos of which depicted the vandalism,” the police facts sheet alleged.

Mr Lister’s lawyer Bryan Wrench said his client would be defending the charges.

“The matter is currently before court and will be dealt with there. However this is certainly not a Lister and our client shouldn’t be given credit for this attempt at artwork,” Mr Wrench said.

The other individual charged, 40-year-old Mr Hess, vehemently denied any involvement when Ms Jacenko accused him a year ago. Ms Jacenko made a private application for a restraining order against Mr Hess, claiming his campaign of harassment had her living in fear. Her application was dismissed by the court.

Last week Mr Hess was issued a summons to appear in Downing Centre Local Court on June 8 on two charges of aggravated intentionally marking premises without consent. However he is currently based in Los Angeles.

“Myself and my legal team Olivia Hitchins and barrister Greg James QC worked so hard to get justice giving so many pieces of evidence which matched every move and every piece of graffiti,” Ms Jacenko said.