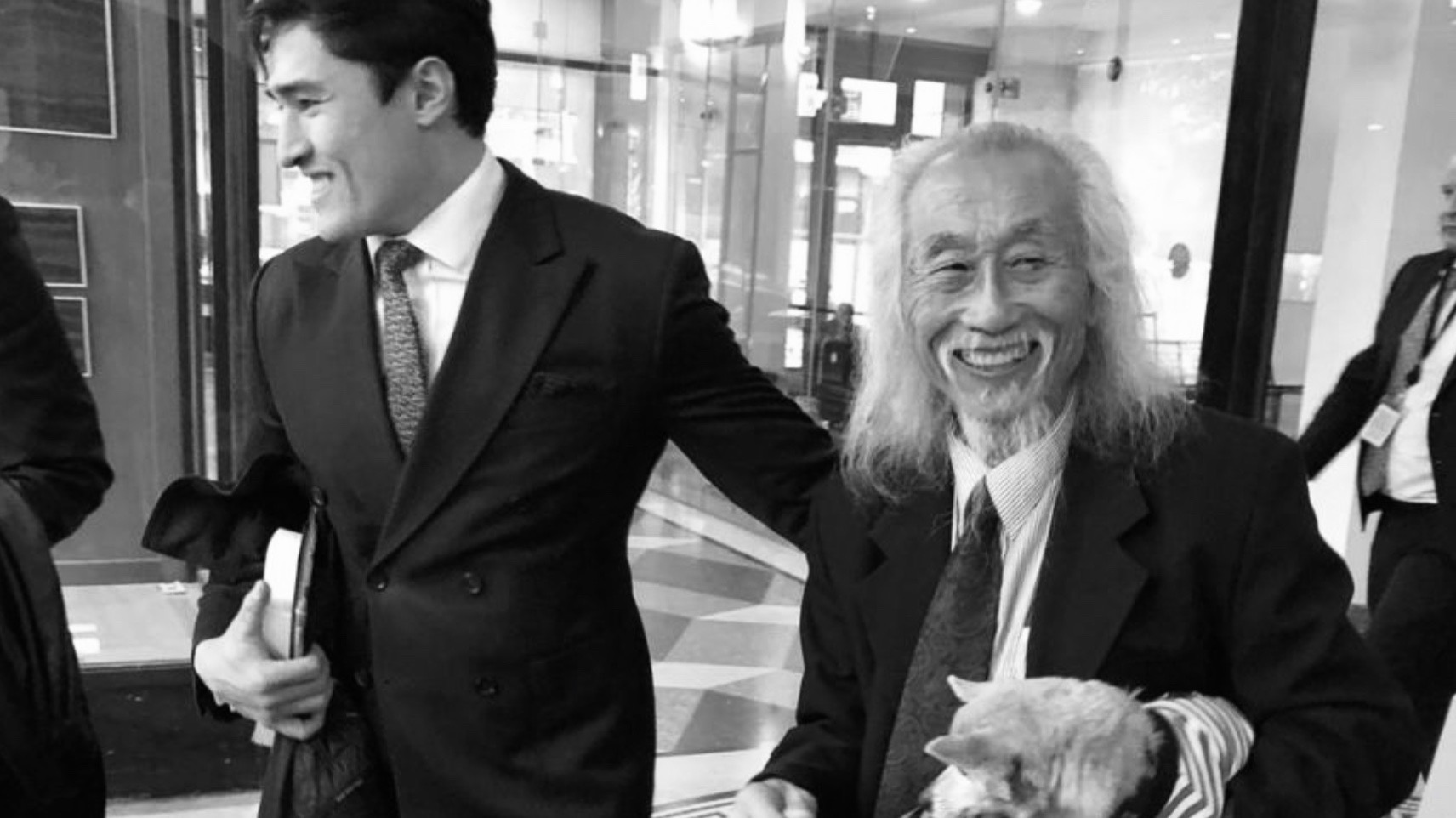 Sydney sandwich board activist Danny Lim has won a legal battle over a double entendre after a magistrate blasted his arrest for offensive behaviour as “heavy-handed and unwarranted”.

The 75-year-old gave evidence at Downing Centre Local Court with his dog, Smarty, sitting in his lap and said he “just wanted to make people smile”.

Mr Lim was arrested at Barangaroo in January over a sign that read “Smile cvn’t! Why cvn’t?”

He contested his $500 fine, prompting the court to tackle the question of whether the “c word” is considered offensive in an everyday setting.

Magistrate Jacqueline Milledge criticised the police response and said Mr Lim’s sign should not have been considered offensive.

“It’s provocative and cheeky, but it’s not offensive,” she said.

Magistrate Milledge said the view of a “hypothetical reasonable person” must be considered, and that person should not be thin skinned or easily offended.

“It’s about someone who is robust … who can ride out some of the crudities of what life has to offer,” she said.

Mr Lim told the court he had the highest respect for police and did not make any money from his signs.

Mr Lim’s lawyer Bryan Wrench argued the play on words wasn’t intended to be offensive and compared it to the advertising of UK fashion chain French Connection UK, which abbreviates its name to “FCUK”.

The prosecution said Mr Lim wore the sign during the school holidays and Barangaroo was very busy at the time.

As Mr Lim left the witness box, he sat Smarty in the lap of police prosecutor Senior Sergeant Rick Mansley, who then asked a colleague to take a photo of him with the chihuahua-pomeranian cross.

Mr Lim’s arrest was triggered by a complaint from one woman on her way to work, the court previously heard.

Magistrate Milledge said the officers’ language was out of place.

“It’s awful. It’s just awful. That attitude has no place in the modern constabulary,” she said.

Outside court, Mr Wrench described the outcome as “a win for the little guy and the little dog”.

“We’re very thankful for the people that didn’t stand by and let something awful happen,” he said, before hinting that the matter may be taken further in the future.

Mr Lim has previously had a similar fine overturned in the District Court after he used a sign that referred to former prime minister Tony Abbott with a similar alteration of the offensive term.

In 2017, a District Court judge found the earlier sign was in poor taste but not offensive, and that the “impugned word” in question was more prevalent in everyday language than it has previously been, particularly in Australia.