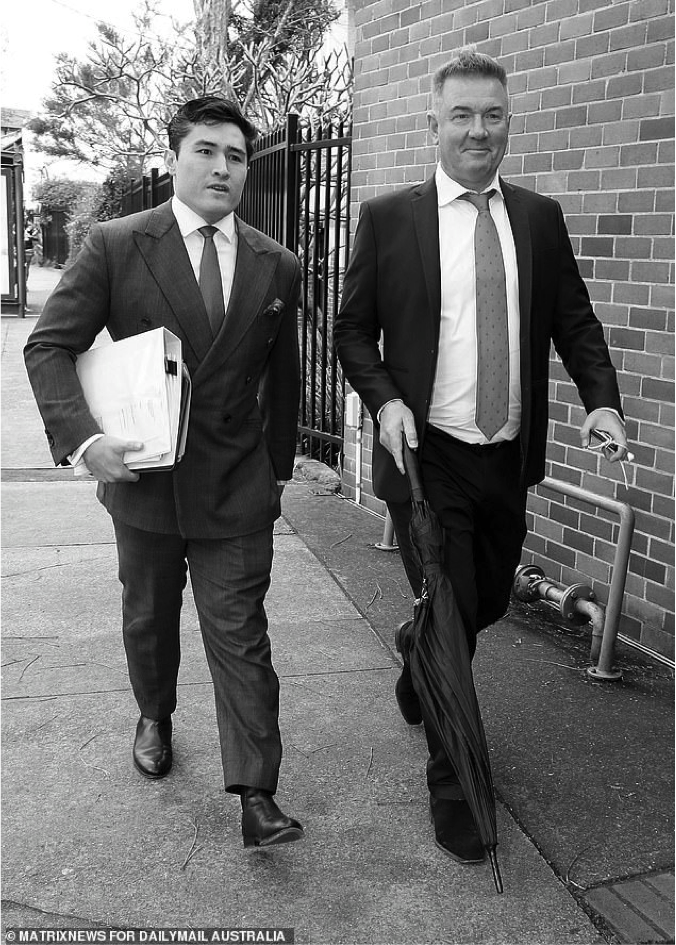 The circumstances which caused a well-known AFL sportswriter to jump into the driver’s seat of an Uber and drive it before police tracked it down have been aired in court.

On December 10, Anthony Michael Sheahan had drank about 30 standard drinks at the Bondi Beach popular nightspot, Hotel Ravesis, when he suffered a panic attack and took a tablet of the anti-anxiety prescription drug, Stilnox, Waverley Local Court heard on Wednesday.

About 20 minutes later, the 45-year-old soon entered a “drug-induced state of delirium exacerbated by alcohol” which sparked an extremely bizarre turn of events, Magistrate Ross Hudson said, referring to a psychological report.

Reading from agreed facts, Mr Hudson said an Uber driver pulled up to collect a passenger when Sheahan, who was not the intended passenger, opened the passenger door and got in, saying: “go, go, go”.

“The victim observed the accused to have slurred speech and appear heavily intoxicated,” Magistrate Hudson said.

“The victim drove for short distance, stopped and said ‘get out, I need to get to the right passenger’ and the accused said ‘go, go, go, I’ll pay you more’.”

According to the facts, the driver took his house keys, jumped out of the car and closed all doors before calling triple-0 for help.

Taking advantage of the moment, Sheahan got into the driver’s seat and drove off.

About 17 minutes later, police found the stolen car parked at Bellevue Hill, with Sheahan walking away from the driver’s door. He was arrested and a breath test returned a blood alcohol limit of 0.177.

“It appears this night he’s in some form of delusion or paranoia… gets into the Uber and drives it away… there’s a nearby patrol car and he’s stopped and the madness unravels.”

He noted Sheahan had engaged in alcohol rehabilitation and further counselling since being arrested.

Sheahan is the son of respected AFL commentator Mike Sheahan.

Tony Sheahan pleaded guilty to and was convicted of high range drink driving in May and was sentenced to an 18-month conditional release order.

Sheahan’s lawyer Bryan Wrench told the court his client had struggled with psychological issues since the age of 15 and the “bizarre conduct” was caused by a “lethal combination” of alcohol and Stilnox, which he had been prescribed.

“It was completely out of character; he was never going to get away with it,” he said.

“The car was only about 10 minutes away and he was trying to get home to Double Bay. The car was parked undamaged.”

Magistrate Hudson accepted Sheahan had been self-medicating his mental health for a long period of time with alcohol and had been diagnosed with anxiety, depression and alcohol abuse disorder.

As for the take and drive conveyance without the consent of its owner, he did not receive a conviction by was also sentenced to an 18-month conditional release order. He must abstain from of alcohol for three months and continue rehabilitation treatment.

A charge of drive while unlicensed was dismissed.