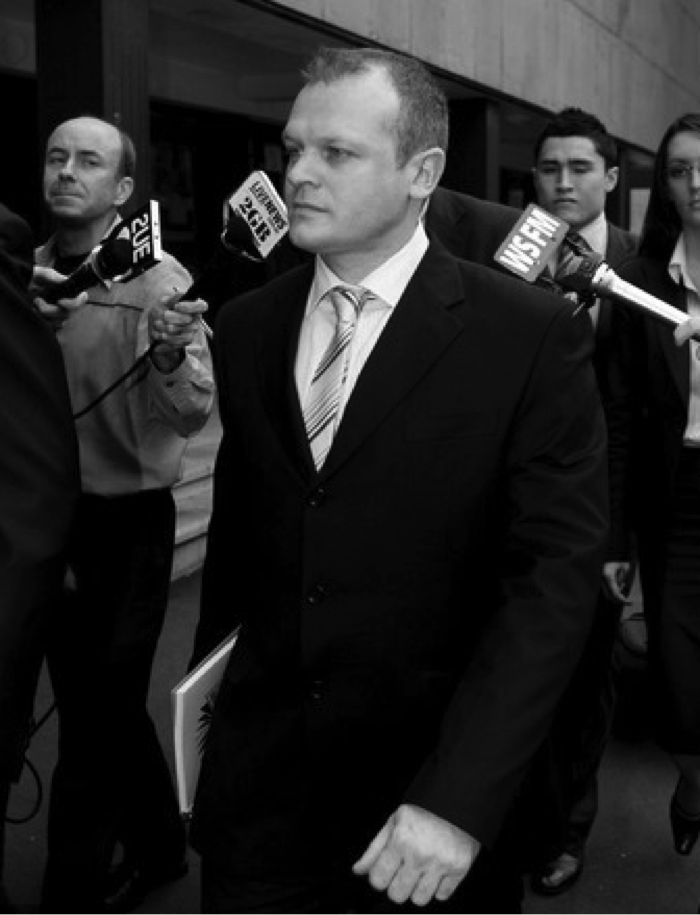 More than seven years after Dianne Brimble died aboard a P+O cruise ship, Mark Wilhelm has escaped punishment after being convicted of supplying her with the drug fantasy, which contributed to her death.

In recording a conviction against Wilhelm, Justice Roderick Howie said he had suffered enough by being subject to years of public humiliation.

Wilhelm, who was one of eight men from Adelaide travelling together on the South Pacific cruise, last week pleaded guilty to supplying her with the drug.

He said Wilhelm had lost his house and his marriage and had been devastated by Mrs Brimble’s death as soon as he found out about it. Wilhelm had also received death threats from members of the public, the court heard.

“It’s a significant punishment he has already suffered,” the judge said. “I am entitled to take into account not only the years of public humiliation of the offender but also the consequences of that on him and his mental health.”

Justice Howie said the drug supply in “a social context”, not for profit, was at the lowest end of the scale for that type of offence, and no further penalty was necessary.

“Any punishment I can give would be nothing like the punishment he has received as a result of the activities of this night,” he said.

But it should serve as a warning to anyone supplying or taking dangerous drugs, he said.

Mrs Brimble herself had committed a criminal offence by taking the probibited drug, Justice Howie said.

Wilhelm did not react when his sentence was handed down.

The Queensland mother was found in the cabin Wilhelm shared with three other men aboard the Pacific Sky in September 2002. She could not be revived.

The autopsy showed she had died from a combination of an overdose of alcohol and the illegal drug GHB (gamma-hydroxybutyrate), also known as fantasy.

Wilhelm was initially charged with Mrs Brimble’s manslaughter, a charge that was withdrawn last week, more than 18 months after it was laid.

The charge followed an 18-month inquest, which had started in March 2006.

At the end of his sentencing remarks Justice Howie wished Wilhelm well and said: “Finally, it has come to an end. Hopefully you can get on with the rest of your life as best as you can.”

Mr Brimble said the lack of sentence was another blow for his family, following a decision last week to withdraw a manslaughter charge against Wilhelm.

He criticised Justice Howie for taking into account his opinion of Wilhelm’s suffering and not “the importance of the truth”.

“The family is still disappointed and frustrated with the system. [The sentence] compounds the frustration that this family has had to endure for eight long years,” Mr Brimble said.

“I would have thought that the sentence should have fitted the crime. The humiliation that [Wilhelm] had to endure had nothing to do with the family and the family did nothing to make that happen.”

Mr Brimble learnt of the sentence only via the media and intends to read the full transcript.

He declined to comment on what sentence would have been satisfactory and said he had not yet had time to consider whether he would ask prosecutors to appeal against the sentence.