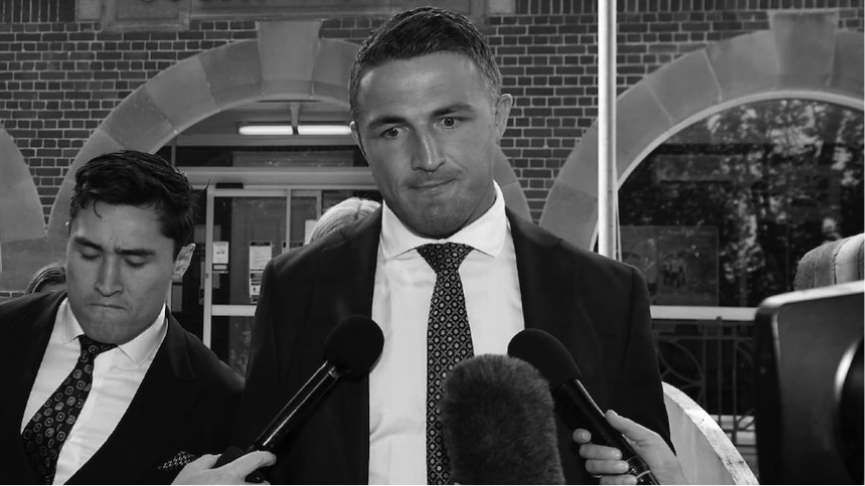 Former South Sydney NRL captain Sam Burgess has had a conviction for intimidation against his former father-in-law overturned by a NSW appeals court.

Burgess, 32, was in February convicted of intimidating his ex-father-in-law Mitchelle Hooke, who said Burgess stood within 20 centimetres of him and threatened to “get” him during a dispute at a home in the NSW Southern Highlands in 2019.

Today in a NSW District Court in Goulburn, Justice Mark Williams ruled that Burgess’s evidence that the intimidation did not happen should have been considered a reasonable possibility, before quashing his conviction.

Justice Williams noted that Burgess’s ex-wife Phoebe and her father had spoken to lawyers and a PR expert before Ms Hooke made a triple-0 call about the alleged incident.

The judge said that the case left open the substantial possibility that Mr Hooke was fabricating evidence to help in his daughter’s family law case against Burgess.

Burgess retired that year after a 270-game NRL and English Super League career.

He stood down from roles as a commentator and South Sydney assistant coach in October last year.

“This is the judgment he deserved,” he said.

“He never wanted this fight, but he had to fight to clear his name. He’s innocent and finally he’s been vindicated.”