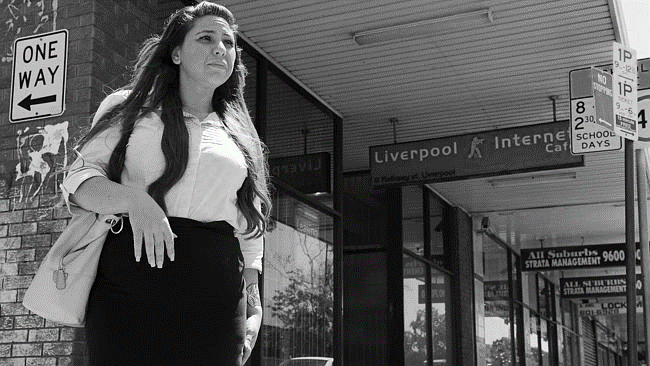 Lawyers for a woman accused of fabricating an abduction attempt in Sydney’s southwest have demanded to know why police changed their view of the case.

Aida Chehadeh appeared in television reports in mid-January claiming a man had grabbed her on a street in Liverpool and tried to bundle her into a car containing other men.

The 29-year-old told reporters she screamed and pleaded for help before the man released her.

“It’s scary to think that this could happen in broad daylight with lots of people around,” she said of the alleged attack in Railway Street.

The incident sparked a police investigation, with a COMFIT image of the alleged suspect released and an appeal for witnesses.

“This was a random and brazen attack committed in broad daylight which has left a young woman scared for her safety,” Liverpool police crime Inspector Dean Johnstone said at the time.

However police appeared to change their view of the case and accused Ms Chehadeh of making it up.

The Rockdale woman appeared in Liverpool Local Court on Wednesday charged with making a false representation resulting in a police investigation.

Ms Chehadeh’s lawyer Bryan Wrench told the court: “This is an allegation where Ms Chehadeh has made a statement to police.

“Police are now saying that statement was a lie.

“And we want to know why they have changed from praising her to now condemning her.

“There’s a plea of not guilty ready, your honour.”

Outside the court Ms Chehadeh and Mr Wrench faced a big media scrum, with journalists repeatedly asking if she had made the incident up.

Mr Wrench again questioned why police changed their view of the incident.

“She’s under a lot of stress,” he added.

The case was adjourned to the same court on April 9.