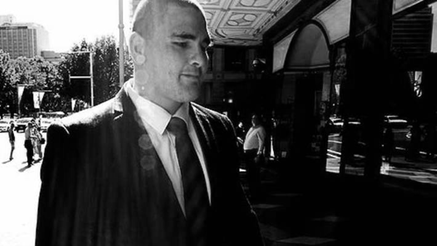 NRL player Russell Packer has been sentenced to two years in prison for an assault in central Sydney last year.

The court heard the New Zealander repeatedly punched a man and stomped on his head in the attack at Martin Place during a night out in November.

The incident left his 22-year-old victim unconscious with a fractured eye socket.

Packer’s lawyers told the court this morning that their client is having counselling for anger management and alcohol issues.

They said while the assault was serious it was not a king hit.

But the police prosecutor said Packer had plenty of opportunities to walk away from the fight and continued to attack his victim even when he was unconscious on the ground.

In sentencing, Magistrate Greg Grogan told the court the community and courts were sick of alcohol-related violence.

He sentenced Packer to the maximum available penalty of a two-year fixed term.

The outcome was a surprise to both Packer and his legal team, who first asked the court to re-open the sentence and then lodged an immediate appeal against it.

They also made an application for Packer’s release on bail.

Packer has played 110 games for the New Zealand Warriors in the NRL but signed a contract in October to join the Newcastle Knights.

The NRL, however, has refused to register his contract.

“We have also been clear that we will always act on any information that demonstrates behaviour which is contrary to the interests, welfare and image of the NRL,” he said.

“While we make no inference in relation to the charges that Russell is facing, our integrity unit has reported conduct that leaves us with little choice other than to refuse the application for registration.”

NRL club the Newcastle Knights say it is standing behind Packer.

The Knights’ general manager Warren Smiles says Packer and his family will not be sidelined by the club.

“There’s a process in place with the appeal and going forward with the court date in February,” he said.

“Then we’ll obviously support Russell through the process and his family, he’s got two young children so we’ll support them and probably release any other statement after that.”