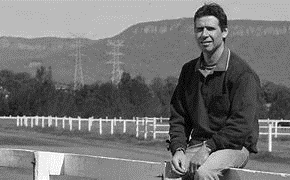 A jury has found champion harness racing driver Greg Bennett not guilty of bribing a corrupt steward, who the defence said had told a “big fat lie” to shift blame from himself.

One recipient of the “mud” was the chief executive of Harness Racing NSW, Sam Nati, whom disgraced former steward Matthew Bentley had described groundlessly as a “cocaine king” during his evidence at Bennett’s trial in the Sydney District Court.

Late Wednesday, a jury of eight men and four women took only minutes to return a verdict of not guilty on all six charges against Bennett of giving or offering bribes.

Bentley, who turned Crown witness after he struck a deal for immunity against prosecution, claimed Bennett paid him bribes ranging from $200 to $1000 in return for not drug-testing horses driven by him and trained by his father, Jim Bennett.

Judge James Bennett (no relation) had told the jurors that the Crown case rested on the reliability of Bentley, who Nati had confronted in August 2011 about claims of corruption and told him to resign or be sacked.

At Nati’s prompting during that meeting, Bentley named five industry people involved in corruption but those names – suppressed by the judge – did not include Greg Bennett, defence barrister Charles Waterstreet told the jury.

The jury heard that Bennett and Bentley formed a telephone friendship and exchanged calls even on race days, a relationship that the driver conceded his colleagues may have “frowned upon”.

Waterstreet suggested that Bentley courted Bennett to curry favour with the “best driver in the country”.

The court heard Bennett, a state champion for all but one season from 2000-10, was described as the sport’s answer to [jockey] Damien Oliver.

The barrister said his client was an honest man with an unblemished record, while “Mr Bentley walks in here as a criminal without conviction because of the deal he and Nick [a private investigator] did with police to get off scot-free and with all the goodies”.

Jim and Greg Bennett hugged tearfully after the verdict was delivered.

“After two years, it is a huge relief to clear my name,” Greg Bennett said.

Harness Racing NSW still has to complete its own inquiry, separate from the police investigation.

Chief steward and integrity officer Reid Sanders – who also gave evidence at the trial – said he would consider Bennett’s status today in light of the verdict.