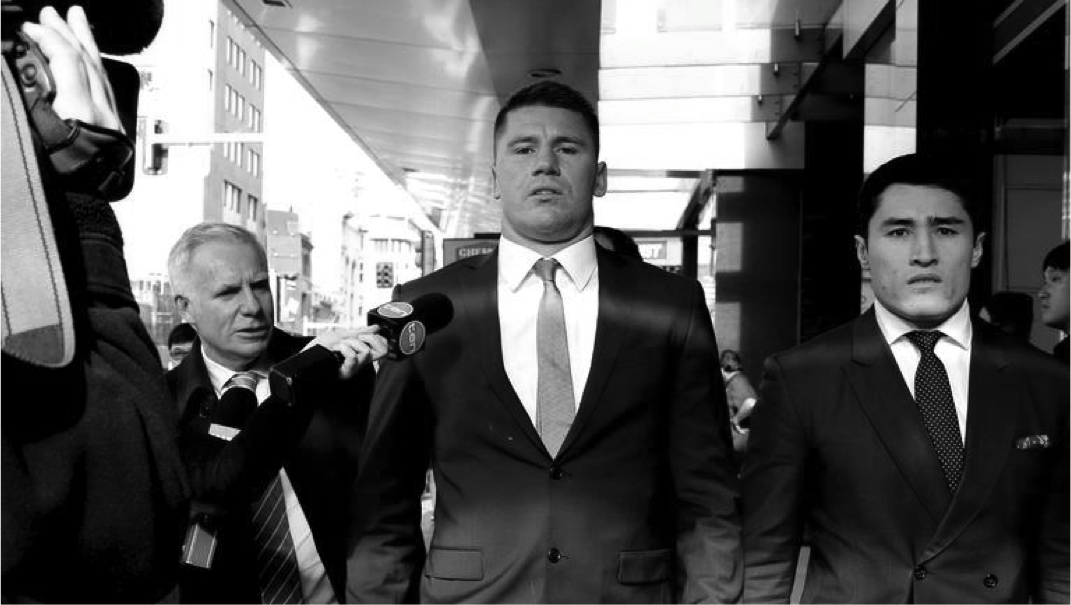 KIWI international Shaun Kenny-Dowall has escaped conviction despite pleading guilty to drug possession after appearing at the Downing Centre this morning.

The clubless Kenny-Dowall was charged with drug possession after being caught with half a gram of cocaine at Sydney nightclub the Ivy in May.

The 29-year-old pleaded guilty to having 0.29g of the drug cocaine on him.

Grogin said he took into account multiple urine tests and a hair follicle tests which cleared Kenny-Dowall of any drug use.

Kenny-Dowall’s lawyer Bryan Wrench described the charge as a “one off incident”.

“A mistake where he accepted that small amount of drugs,” his lawyer said.

He said Kenny-Dowall was drinking at the time and “that’s when he made the monumental mistake of accepting (the drug).”

Kenny-Dowall was released by the Roosters earlier this month after featuring in 224 games.

He has not played in the NRL since the drug charges.

The outside back is set to resume his career with the Newcastle Knights before June 30, while he has also been linked with a move to English Super League club Salford.