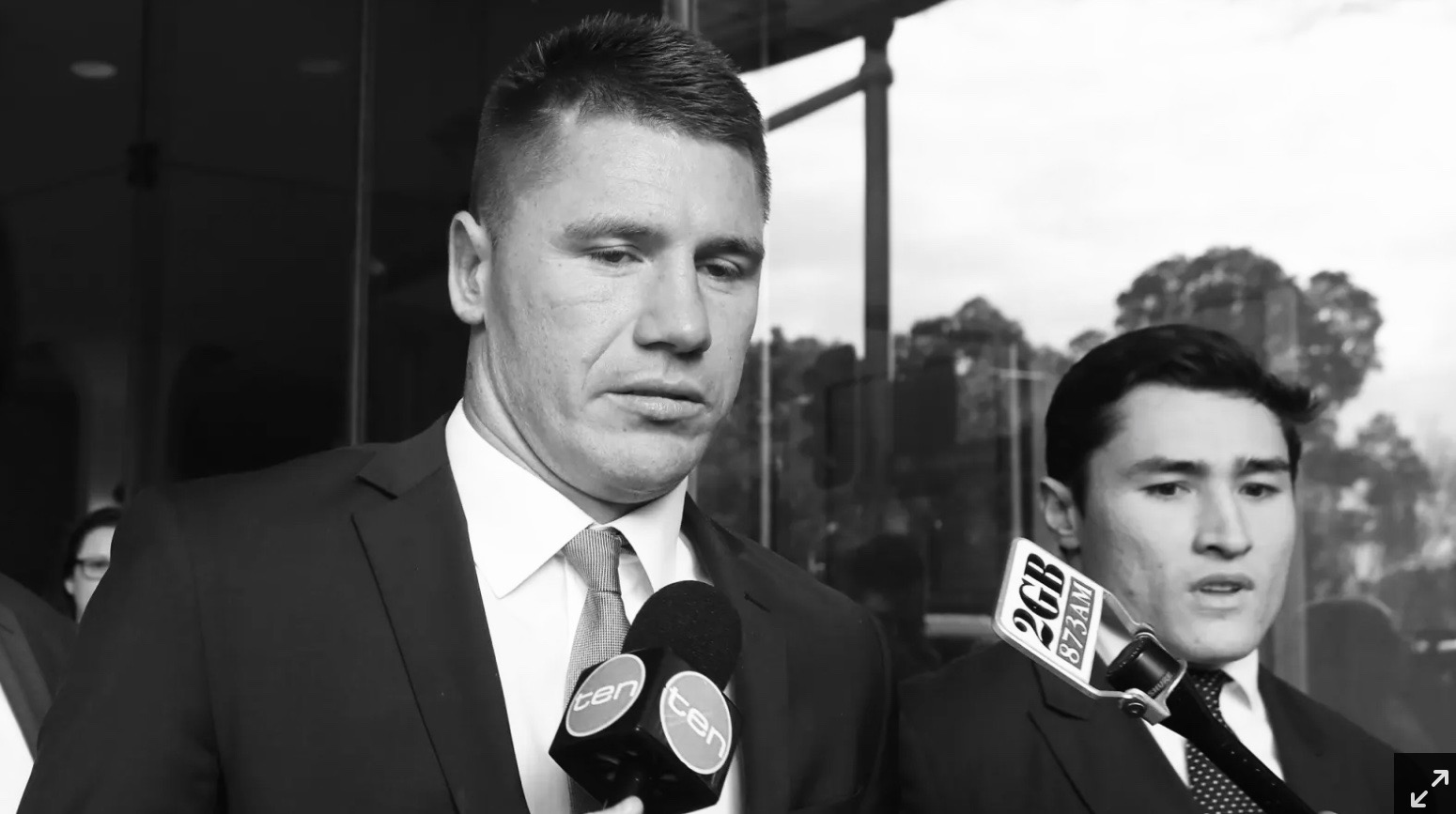 Former Roosters star Shaun Kenny-Dowall has escaped conviction for possessing cocaine, after making the “monumental mistake” of accepting a small amount of the drug at Sydney’s Ivy nightclub.

Defence solicitor Bryan Wrench told the court the 29-year-old underwent urine and hair testing soon after he was caught with a resealable bag of cocaine on May 5, proving he did not take the drug, and had not used drugs in previous weeks.

“It still doesn’t excuse what he did, but this is a case where we can say it’s a one-off,” Mr Wrench said.

A statement of facts before the court said undercover police officers watched Kenny-Dowall as he went to the bar and bought drinks for a group of friends.

Officers then noticed Kenny-Dowall move away from the group, and an unknown man passed him something.

When the police approached him, Kenny-Dowall admitted he had “some cocaine”, and was cooperative with officers.

Magistrate Greg Grogin said Kenny-Dowall appeared in court as a member of the community, who happened to have a high profile.

Mr Grogin noted Kenny-Dowall had lost his contract with the Roosters as a result of the charges, as well as his registration with the NRL.

“There’s no evidence of drug use by you either at the time of the incident … or in the many weeks prior.”

Mr Grogin said he considered Kenny-Dowall’s early guilty plea, and the fact that it was his first offence when discharging him, and placing him on a year-long good behaviour bond.

It is not the first time the former centre has appeared in court. The Kiwi national was last year acquitted of domestic violence after he was accused of headbutting, pushing and putting his former girlfriend Jessica Peris in a headlock. After news of the drug charge, the Roosters said Kenny-Dowall would be stood down indefinitely “pending the conclusion of the club’s internal investigation and consultation with the club’s board of directors”.

He was in talks with the Newcastle Knights at the time.