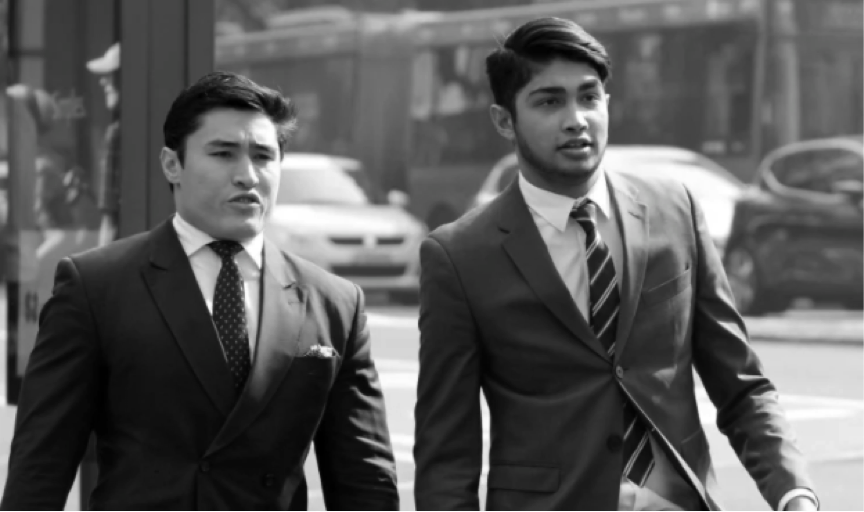 Celebrity fitness guru Michelle Bridges has lost her legal battle to have an apprehended violence order taken out against a Sydney photographer.

In the Downing Centre Local Court on Friday, magistrate Joanne Keogh said Bridges’ frustration at intrusions into her private life were understandable but the conduct of the photographer did not warrant the making of an order.

Bridges, who rose to fame as a trainer on reality television show The Biggest Loser and was not in court for the decision, had sought to have the AVO taken out against 21-year-old paparazzo Liam Mendes.

Outside court, Mendes said the decision was an important demonstration of the right of the media to do its job. He did not respond to any questions, including if he intended to continue photographing Bridges.

Police made the AVO application on behalf of Bridges following two encounters with Mendes which occurred in her home suburb of Potts Point within a week in April this year.

Bridges told a hearing last week that Mendes was part of a scrum of photographers who nearly caused her to trip down a set of stairs while she was pushing her newborn son in a pram after leaving a restaurant with her family.

The second incident occurred when Mendes filmed and photographed Bridges a few days later as she was grocery shopping in a Woolworths store leading to a confrontation between the two.

“This is the first time I have ever felt so intimidated and threatened and fearful for what could come,” Bridges said while giving evidence.

The magistrate acknowledged that “any reasonable person” would have concerns about Mendes’ behaviour, but said it did not amount to harassment and she was not satisfied Bridges was fearful for her safety.

“[An AVO] cannot regulate behaviour so someone is courteous,” Ms Keogh said.

“It cannot regulate behaviour so someone is considerate, or so someone does not frustrate or annoy another person.”

Mr Temby argued that his client had broken no laws and there was no threat to the safety of Bridges that could justify an AVO.

The court heard that Bridges and Mendes had shared no contact aside from, or since, the two incidents.

In an, at times, tense cross-examination of Bridges, Mr Temby questioned her about the links between maintaining a celebrity status and public profile.

“Even my friend the prosecutor can put the matter no higher than saying there was inappropriate conduct or there was unacceptable conduct in my client persisting to take photographs,” Mr Temby said.

AVOs include a set of standard conditions including prohibitions on assaulting, stalking or harassing the protected person.

More restrictive conditions can also be added including orders against approaching or contacting the protected person.

An interim AVO was provisionally in place against Mendes, but it was removed last week pending the magistrate’s final decision on Friday.

A statement posted on behalf of Bridges to Chic Talent Management’s Facebook page said the fitness trainer “fully accepts that paparazzi take pictures of her and her family in her private life”.

“In this instance however where her family, and in particular her child and partner’s children, were put into a precariously dangerous situation, the intrusion became totally unacceptable,” the statement said.