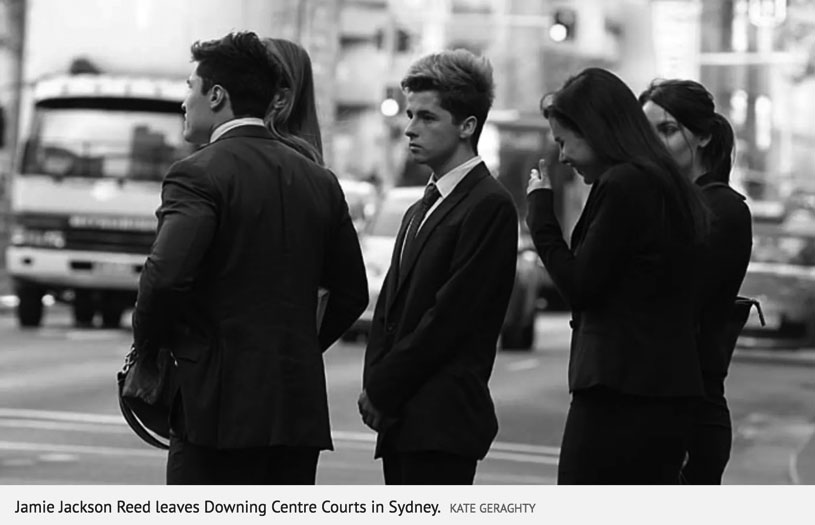 A Sydney teenager whose forceful arrest at last year’s Sydney Mardi Gras parade sparked community outrage has been awarded nearly $40,000 in costs and plans to ride atop a float at this year’s celebration.

Jamie Glenn Jackson Reed, 19, is planning to sue police for damages over the incident on March 3 last year, in which he was thrown to the ground on Oxford Street and later charged with resisting and assaulting officers and using offensive language in public

Video footage of the latter part of the confrontation with police last year was captured on a mobile phone and showed Constable Leon Mixios slamming Mr Jackson Reed, then 18, to the ground while he was in handcuffs.

The footage amassed more than one million hits on YouTube in less than a week, drawing accusations of police brutality and sparking an internal police inquiry and a protest on the steps of Surry Hills police centre.

On Thursday, all charges against Mr Jackson Reed were withdrawn and magistrate Michael Barko dismissed the case against him.

He also awarded the teenager, from the southern Sydney suburb of Jannali, $39,000 in costs.

“He is quiet, but will next be seen on a float at the Mardi Gras,” his lawyer, Chris Murphy, said.

During Mr Jackson Reed’s assault hearing at the Downing Centre Local Court last year, the court heard that the confrontation with police began when Mr Jackson Reed allegedly pretended to kick a young woman he thought he knew.

Mr Jackson Reed had pulled back his leg, the court heard, but when police spoke to him about the aborted kick they believed he was under the influence of alcohol or drugs.

It sparked a struggle that resulted in Mr Jackson Reed being handcuffed and thrown to the ground.

In footage of the viral video played in court, a tearful Mr Jackson Reed was heard repeatedly yelling “What’s his name, I didn’t do anything wrong,” as Constable Mixios grabbed his neck and another officer told members of the crowd to stop filming.

A notebook entry apparently handwritten by Constable Mixios after the arrest detailed how he held the bleeding teenager down with his foot.