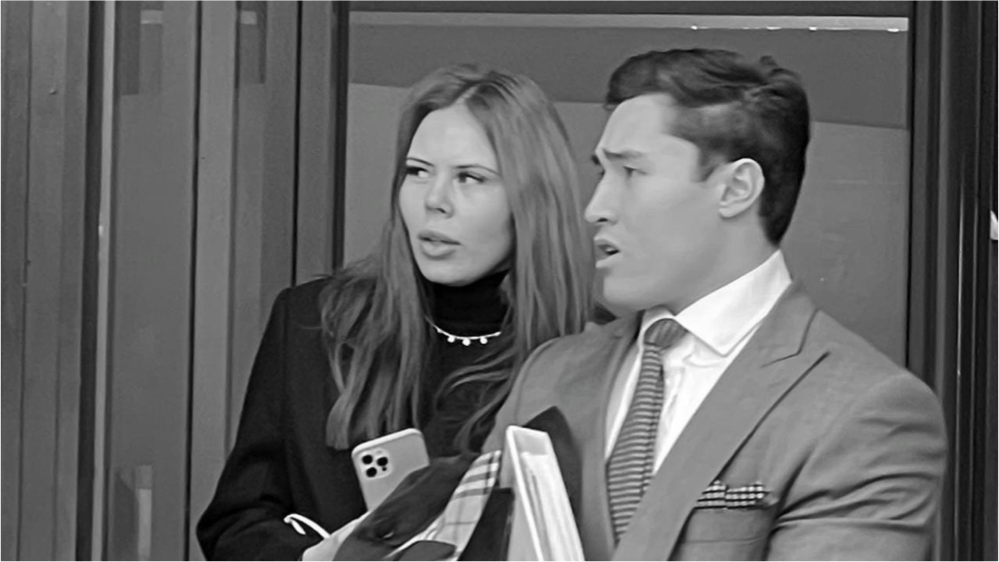 An aspiring model turned beautician must be of good behaviour for 18 months after she was sentenced for driving her friend in her Audi to sell cocaine outside Northies club in Cronulla.

Anastasija Radovic, 23, fronted Sutherland Local Court on Tuesday where she was placed on a community corrections order after pleading guilty to drug offences.

Amended agreed facts tendered to court said the Gregory Hills woman was a banker at the time she was arrested with her social media accounts indicating she worked at Commonwealth Bank of Australia.

She now appears to work as a beauty therapist at Nova Bar Beauty in Gregory Hills.

Radovic also claims to be “a Sydney based model interested in all sorts of modelling work”, an online profile said.

The court documents state police were patrolling Cronulla around Northies Hotel on July 11, 2020 about 10.20pm when a black Audi A3, driven by Radovic, with a female passenger Bojana Mladenovic, stopped near the popular venue.

Another woman walked from the nightclub and got into the rear seat.

Radovic drove around the block and parked on Mitchell Rd before the woman exited the car and started walking back towards the club.

Police searched Radovic and Mladenovic along with the car, finding a coffee cup with 5.93g of cannabis inside.

Officers also found a mixture of tobacco and cannabis, along with a blister pack of Diazepam inside a sunglasses case in the side of the door.

Radovic was arrested, taken to Sutherland Police Station and charged with knowingly taking part in the supply of between an indictable to commercial quantity of prohibited drugs, possessing prohibited drugs and possessing a prescribed restricted substance.

Mladenovic was charged with supplying drugs related to the same incident and pleaded guilty before she was sentenced to an intensive corrections order to be served in the community for nine months from July 12, last year.

In court on Tuesday, Magistrate Hugh Donnelly heard Radovic’s role was to drive her car which facilitated her friend selling cocaine but she did not actually carry out transactions.

“She was effectively acting as a runner,” he said. “Drug supply enterprises don’t work unless people put the drugs into the community. You have to take responsibility for what you did.”

Radovic’s lawyer Bryan Wrench said since 2020 his client had “changed her life” by becoming a beautician and was regularly seeing a psychologist.

Magistrate Donnelly accepted Radovic had a “small role”, regretted what she did, acted out of character and had made steps in improving her mental health.

He said Radovic was unlikely to reoffend and had taken steps in her rehabilitation, noting she still had the support of her family with her mother and grandfather present in court.

Radovic was also fined $400 and must continue seeing her psychologist for six months.