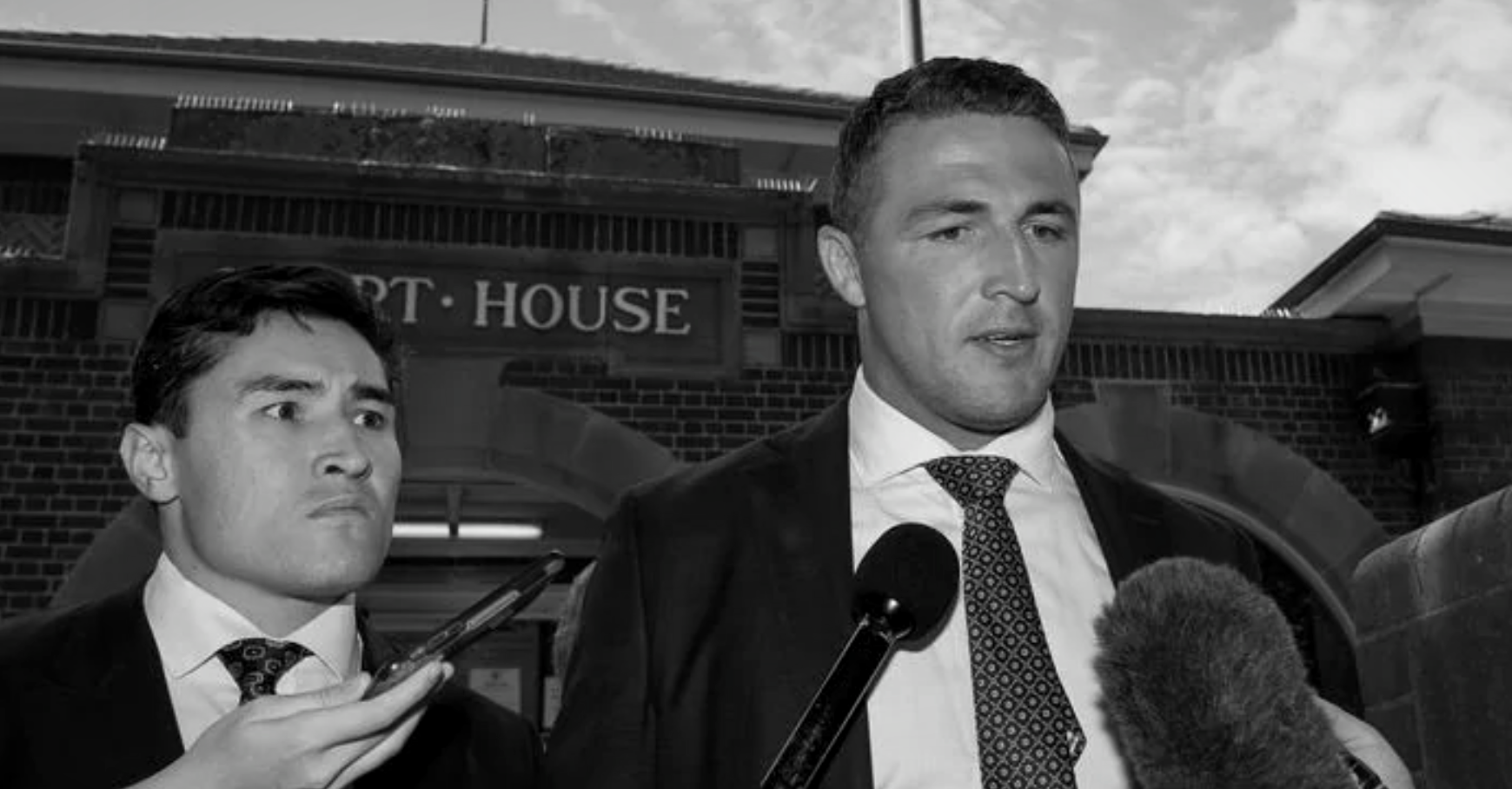 Sam Burgess’ lawyers will be allowed to probe his estranged wife and father-in-law on how damaging allegations came to be in the media, a court has ruled.

Sam Burgess has scored an important legal win as he gets set to appear in court next week to fight allegations he intimidated his father-in-law.

A magistrate has ruled that the retired NRL star’s lawyers will be given subpoenaed material that sets out how unrelated drug and violence claims came to be published in the media.

Mr Burgess, 31, will appear in Moss Vale Local Court on Monday as he fights charges related to an alleged disturbance at his father-in-law Mitchell Hooke’s Southern Highlands property.

Mr Burgess has pleaded not guilty to one charge of intimidation and a back-up charge of assault stemming from an alleged confrontation in October last year.

He has also had an apprehended violence order taken out against him.

At the same time, Mr Burgess is also battling unrelated allegations of domestic violence and drug use that were contained in his estranged wife Phoebe Burgess’ 50-page statement to police.

Her claims, and statements by Mr Hooke, were subsequently published in The Australian.

Mr Burgess has denied all allegations, with his lawyers accusing the pair of having an ulterior motive and being “biased” against the former dual international.

Magistrate Ian Cheetham on Friday granted his lawyers access to all documents relating to Ms Burgess’ and Mr Hooke’s communication with The Australian prior to the publication of the story last month.

Mr Burgess’ lawyer Bryan Wrench previously told the court that Ms Burgess made the complaint to police six weeks after Mr Burgess made an application in another court.

Mr Wrench has also previously said that Ms Burgess was acting out of “malice or retaliation” when she made the statement to police.

Magistrate Cheetham’s ruling will allow Mr Burgess’ lawyers to probe Ms Burgess on why she made public the damaging domestic violence allegations.

She also claimed that Mr Burgess tested positive to MDMA and that the test was submitted to a pathologist under a false name as part of a cover-up by South Sydney.

Mr Burgess will appear personally in Moss Vale Local Court on Monday where he will answer allegations that he intimidated Mr Hooke, the former CEO of the Minerals Council of Australia, after an alleged argument escalated and police were called.