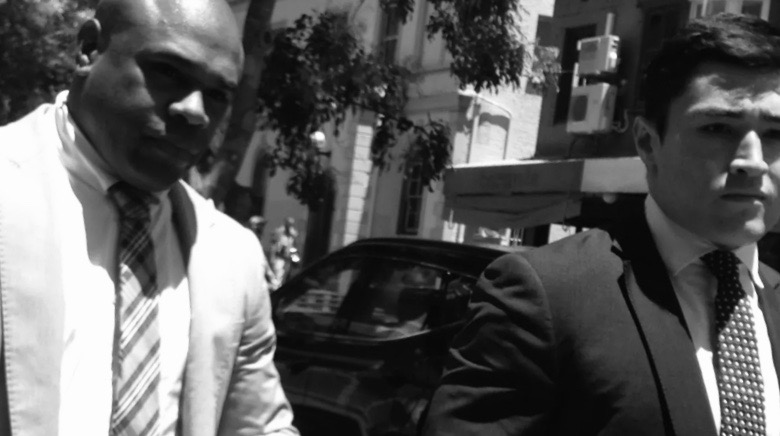 Former Rabbitohs player Rhys Wesser has walked free from court after two assault charges he was facing were dropped.

Wesser, 37, was charged last October after allegedly assaulting his girlfriend, including dragging her down the stairs, in Newtown, in Sydney’s inner west.

He was due to face a hearing in Newtown Local Court on Monday.

The court was due to hear from four witnesses, but the alleged victim, Simone Kemone, did not appear in court.

The court heard there was no real guarantee the victim, who lived in Adelaide, would attend.

The prosecution then withdrew the two charges of assault occasioning actual bodily harm.

“The matters are withdrawn and dismissed,” magistrate Margaret Quinn said.

Wesser, a former South Sydney full back, did not comment as he left court with his lawyer.

At a previous hearing, his lawyer ­entered pleas of not guilty to the two charges.