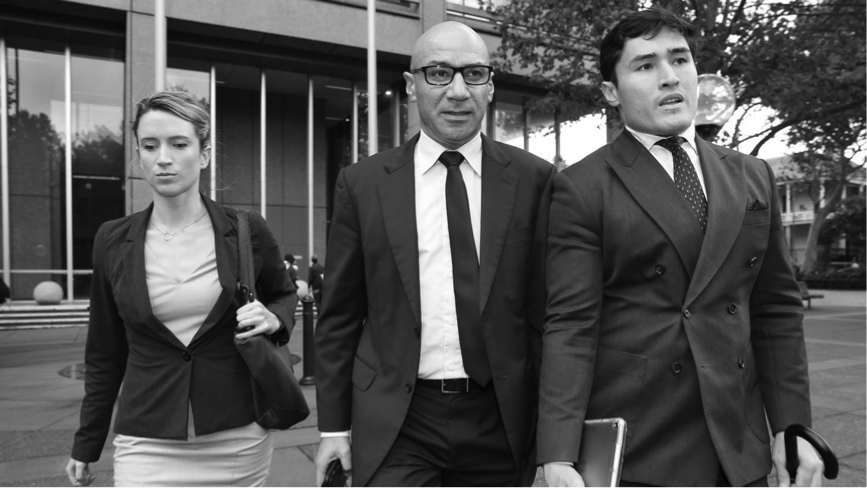 Former NSW ministers Ian Macdonald and Eddie Obeid and Obeid’s son could try to leave Australia illegally ahead of their sentencing, a court has heard.

Macdonald, Obeid, and Moses Obeid, will face a sentencing hearing in September for conspiring over a coal licence when Macdonald was resources minister in 2008.

The licence was granted over the Obeid family farm in the Bylong Valley and resulted in a $30 million windfall for the Obeids.

Today in the NSW Supreme Court, prosecutors argued the men’s bail should be revoked because they might not show up for the sentence hearing and could try to leave Australia.

Justice Elizabeth Fullerton noted current COVID-19 restrictions made it almost impossible to travel outside NSW and Australia, with the situation unlikely to change before September.

The judge challenged prosecutor Rebekah Rodger to produce any credible evidence the men were a flight risk.

“I accept it would be difficult to leave the country legally, but the issue that it could be arranged illegally is another matter,” Ms Rodger replied.

“What, do you mean pass through the border?” Justice Fullerton said.

The judge rejected the crown application, noting the offenders had not breached any bail conditions during their year-long trial without a jury.

“I note none of the offenders are in possession of a passport, each having surrendered their passports. I also note Moses Obeid’s passport has expired,” she added.

The offender’s bail has been continued but with strict new reporting conditions.

They are not allowed to leave home between 10:00pm and 5:00am, except in a medical emergency, and must report to police by phone three times a week.

Macdonald must stay in his Leura house in the Blue Mountains, Eddie Obeid must reside in his family home in the Sydney suburb of Hunters Hill and Moses Obeid in his house at Paddington in Sydney’s east.

Appearing via video for the bail hearing, Macdonald showed no emotion, while Obeid repeatedly closed his eyes.

Moses Obeid looked down at his mobile phone and seemed to be scrolling through information on it.

The men face a possible jail sentence although misconduct in public office is a common law offence which means it has no maximum penalty.

The trio are due back in court for a two-day sentence hearing on September 8.