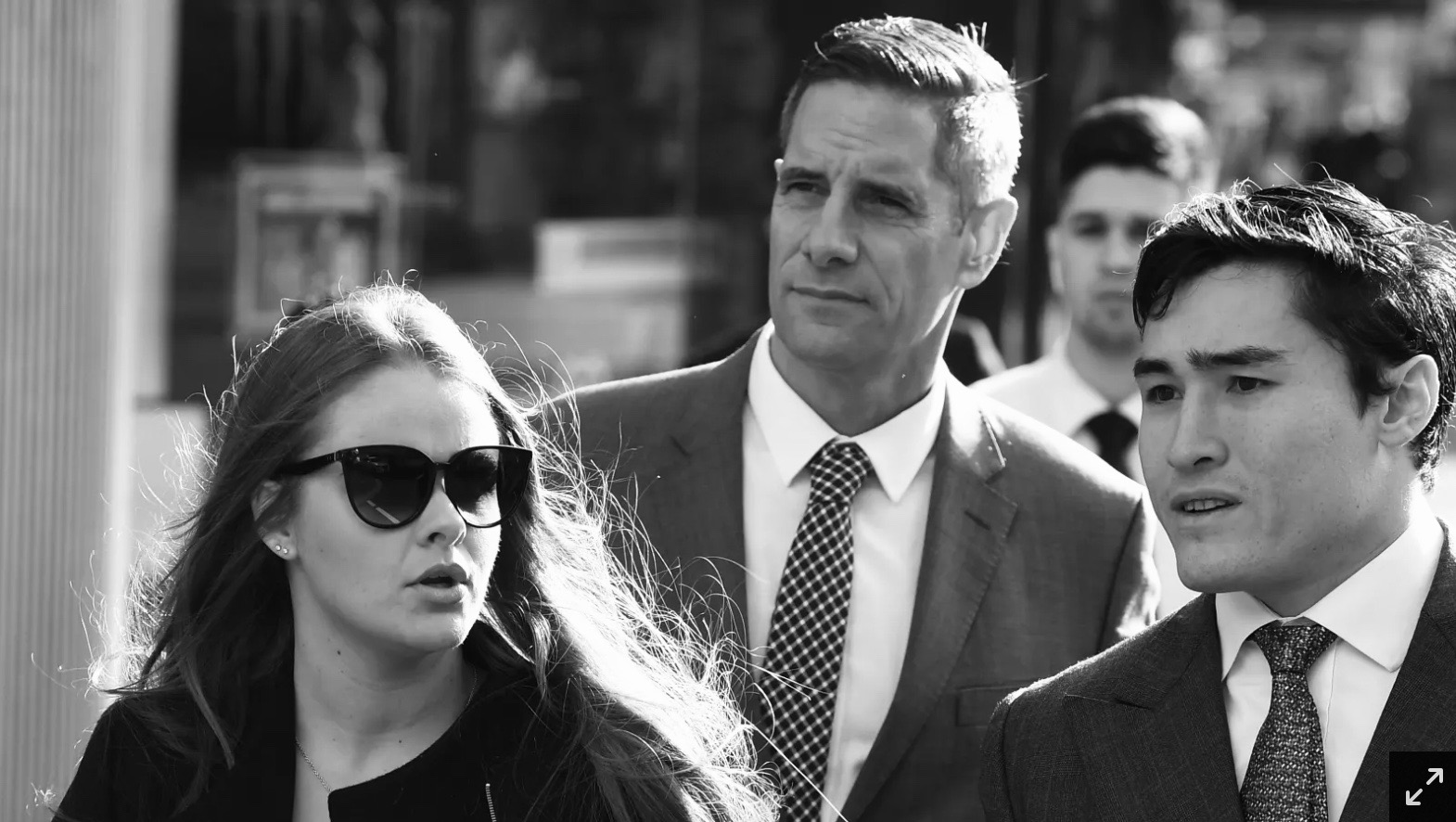 Sacked Australian Border Force commissioner Roman Quaedvlieg’s girlfriend was a “mouse in a political jungle” who was torn between her partner and the law when she misled corruption investigators, her lawyer has said.

Solicitor Bryan Wrench said his client, Sarah Rogers, was naive at the time she was called to give evidence before a secretive probe into her controversial employment in 2017 and has since “paid a high price” for her relationship with the former high-profile figure.

“Overall, this is a tension between the law and the emotional entanglement of being in a relationship with someone,” Mr Wrench told Downing Centre magistrate Jennifer Atkinson.

“It’s a conflict of loyalties in some ways.”

Ms Rogers, 24, pleaded guilty in February to misleading investigators and disclosing the existence of, or information about, her summons before the Australian Commission for Law Enforcement Integrity.

Mr Quaedvlieg, 54, who sat beside Ms Rogers during Thursday’s sentencing hearing, was sacked in March 2018 following the investigation over claims he helped Ms Rogers secure a job at the law enforcement agency.

He has maintained his innocence.

According to a statement of agreed facts, Ms Rogers told the corruption probe Mr Quaedvlieg hadn’t given her advice regarding the Border Force recruitment process.

But after she handed over her phone, investigators claimed text messages between the pair showed she had given false evidence.

Mr Wrench said his client’s deception wasn’t sophisticated, rather a “spur of the moment answer … to protect her partner.”

“For whatever reason, she just didn’t say the right answer, but she certainly made up for it by giving them the phone,” he said.

But Crown prosecutor Jennifer Single said there was “no ambiguity” in Ms Rogers’ evidence.

“It’s not just a case that Ms Rogers became anxious or confused or wasn’t quite sure how to answer the question,” Ms Single said.

“This was a sustained and prolonged breach throughout the entire interview.”

In the lead-up to the hearing before the Integrity Commissioner on June 29 and 30, 2017, Ms Rogers texted Mr Quaedvlieg, saying, “I really hate this. I really just can’t deal [with] stress or anxiety that well and I always end up in tears.”

The next day, Mr Quaedvlieg wrote, “It’ll all be over in 12hrs. I feel sick for you; it’s a crap situation for you to be in. Don’t forget you’re a witness, not the subject. There’s nothing to hide or lie about. Just tell it as it is.”

Ms Single said Ms Rogers was put on notice that disclosing the existence of the inquiry could see her imprisoned for up to two years.

“This wasn’t a case of just maybe nodding ‘yes’ to her partner in answer to a question … this was a blatant disregard for the law,” she said.

Mr Wrench said Ms Rogers was put in the “unusual situation” of being in a relationship with someone who was the focus of the investigation, describing it as a “traumatic thing for her”.

Following the September 2018 remarks, Mr Quaedvlieg shot back on Twitter, demanding the comments, protected under parliamentary privilege, be withdrawn.

Mr Wrench said Ms Rogers had lost her anonymity and was now suffering from significant anxiety.

“She’s paid a high price for the relationship,” he said.

“In some ways, she’s going to have to live with this.”

Ms Rogers is set to be sentenced on July 29.