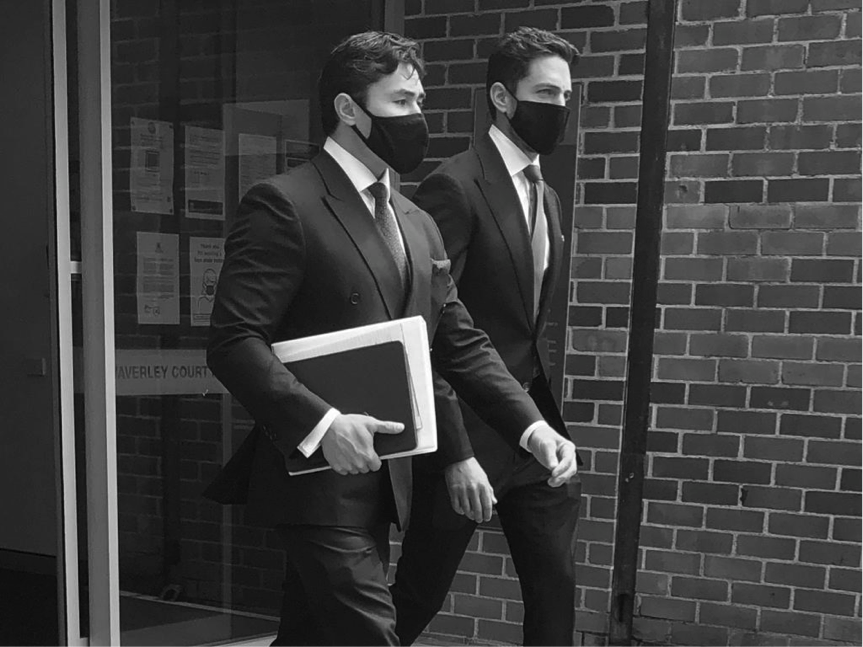 Star real estate agent Warren Ginsberg was nursing a broken heart when he was sprung by plain clothes police buying cocaine in Bondi, a court has heard.

Ginsberg, 33, pleaded guilty to a charge of drug possession in Waverley Local Court today (September 14) and was convicted and fined $500.

Magistrate Carolyn Huntsman was provided with a report from the psychologist the Ray White Double Bay director went to see in the wake of his August 19 arrest which showed he had experienced “chronic low mood, self-criticism, sleep disturbance and great worry”.

“(There was a) relationship breakdown at the same time – a relationship that you had hoped to have some permanence,” Magistrate Huntsman said.

“You are a personality type who strives to achieve and work hard and you were under considerable stress at the time of the offence.”

The Bondi Beach resident and ex-boyfriend of actor Jodi Gordon, who he dated in 2016, was represented by prominent lawyer Bryan Wrench.

Mr Wrench told the court how Ginsberg had worked his way up from the bottom “in a cheap suit” to becoming one of the most sought after agents in Sydney.

The arrest last month generated significant media attention and Mr Wrench said other agents were seeking to capitalise on it.

Mr Wrench tendered an email to Ginsberg from a client who stated three different competitor agents had forwarded him links to news articles about the cocaine charge.

“They are seeking to take advantage of the situation,” Mr Wrench said.

Mr Wrench told the court his client had already been punished due to the media scrutiny.

“There is significant specific deterrence because he is reminded everyday of this. He wants to put this behind him – he doesn’t want to return back to the court,” Mr Wrench said.

“Every time someone Googles his name when he wants to sell a property and he has to explain himself, that is the best deterrence of all time.”

Court documents reveal how Ginsberg bought two bags containing a total of 1.3g of cocaine for $600.

He attracted the attention of undercover police when he hopped in a car on Jacques Ave only to jump out again after travelling just 40m down the road.

“During the interaction with police the accused was compliant, courteous and very cooperative,” the police fact sheet reads.

The documents also reveal the moment a plain clothes officer showed his badge to a shocked Ginsberg.

“The accused said ‘f**’ police asked ‘do you have any drugs on you?’ to which the accused replied ‘yeah in my pocket’” the court documents read.

“The accused produced two small bags of white powder that he advised was cocaine.”

This is the third time Ginsberg has been charged with drug possession but the first time he has faced a conviction.

A raft of clean drug tests since the arrest were provided to the court and Mr Wrench said there was not an addiction at play.

In handing down her sentence, Magistrate Huntsman took into account Ginsberg was only 19 when he was first charged with drug possession and she also considered the media attention which was both a form of punishment and deterrence.

“You readily showed your dismay to the police and readily owned you had drugs in your pocket. You made full admissions and I give you credit for that,” Magistrate Huntsman said.

Magistrate Huntsman said she found the case a “very difficult sentencing exercise” due to the mitigating factors and trusted she would not be seeing Ginsberg before a court in the future.

“I think after what you’ve been through this time around there’s no way you’d put yourself through this again,” Magistrate Huntsman said.

“You’ve seen how easy it is to be detected.”