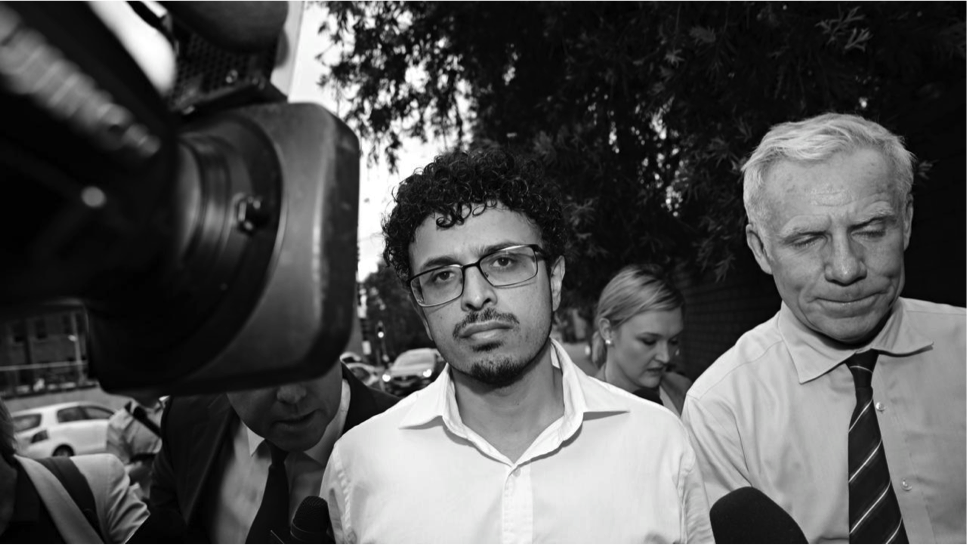 Cricket star Usman Khawaja’s brother, who was convicted of framing a love rival by concocting a fake terror plot, will be considered for parole after the Attorney-General’s department made a “jurisdictional error” refusing his release.

Arsalan Khawaja, 40, was imprisoned after forging notebook entries by his UNSW colleague who he falsely claimed was planning Islamic State-inspired lone wolf attacks in August 2018.

Khawaja is serving four and a half years in prison for the bizarre crime.

But Khawaja‘s lawyer, Bryan Wrench, asked the Federal Court to review the decision.

On Monday he told the court the Commonwealth now conceded there had been a “jurisdictional error”.

That means Khawaja will again be considered for parole just weeks after he was refused, the court heard.

“We just need to make sure there‘s proper procedure in place to allow the decision not to be occasioned by error again,” Mr Wrench told Justice Wendy Abraham.

Khawaja wept in court last year he ­confessed to framing two innocent men with fabricated terror plots between 2016 and 2018.

It was all to win the hearts of two women.

In 2018 the UNSW IT worker stole a notebook from his colleague Mohamed Kamer Nizamdeen, and secretly wrote down a terrorist blueprint targeting then-prime minister Malcolm Turnbull and the Sydney Opera House.

“Get bomb and weapon training,” “strengthen muscles for jihad” and “can’t wait to go to Sri Lanka for Jihad prep” he wrote in the notebook.

Khawaja was jealous of Mr Nimzadeen‘s friendship with a woman who worked in their office, Shakeela Shahid.

Mr Nizamdeen was wrongly imprisoned for a month in Goulburn’s notorious Supermax jail before he was released on bail. His charges were dropped in October 2018 after experts found two sets of handwriting in the notebook.

“I cannot find joy in the things that I used to do as I am constantly reminded of how violently and suddenly my life was taken from me and I fear that it may happen again,” Mr Nizamdeen said.

He has since returned to Sri Lanka but has had trouble travelling and working because of what happened in Australia.

Ms Shahid has also publicly said she now has trouble trusting people because of Khawaja.

Some years earlier Khawaja had tried to send authorities after another man, known only as M1.

Khawaja had told them M1 wanted to target soldiers at an Anzac Day Dawn Service and “get to famous Australian Muslims”, telling authorities about his batsman brother.